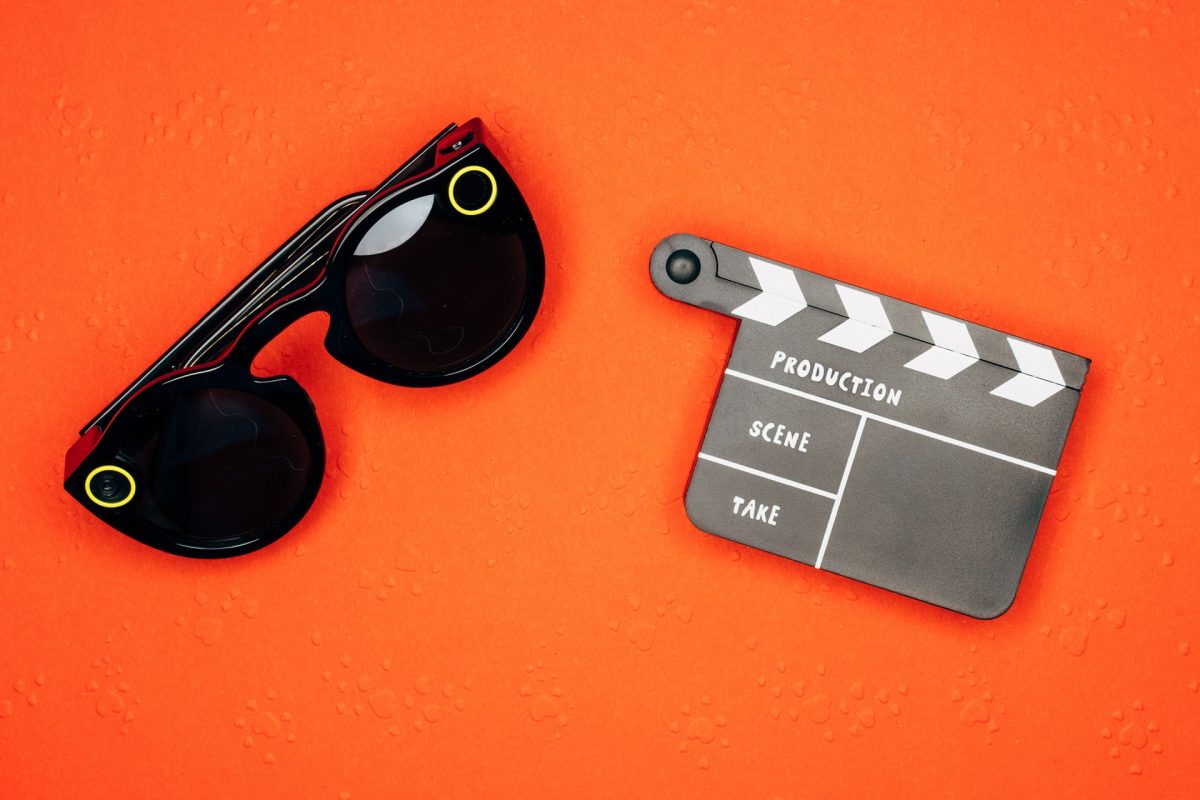 It’s May 19, 2021 and cinemas are opening up in France, after a long hiatus of six months. Typical for a Wednesday morning, there are queues but way longer this time. It was a sign of the French cinema industry’s rebirth: by 9:30 AM the UGC Les Halles cinema sold over 1069 tickets on the day it reopened after pandemic restrictions were relaxed. Cinemas all over France welcomed around 200,000 spectators that Wednesday — a record breaking number in the last 20 years.


Before advertising in the cinema, you need to know where your brand is at

Take a look at our exclusive guide to the stages of startup growth to find out how your brand can go from zero to hero – before you take on new channels.

There’s only one way to find out where your brand is at in the startup cycle.

We’re well aware of how 2020 played out for cinemas and the entertainment industry in general. Missed the plush red seats and the aroma of popcorn filling up the room? Us too. So as cinemas make a comeback across Europe in 2021, there’s certain implications (and opportunities!) for marketers revisiting this channel. Especially in France, a country where cinema is embroidered into the cultural heritage.

We spoke with Julie David, Senior Offline Marketing Manager, one of our French market experts and a cinephile, to dive into the world of cinema advertising and insights specific to the French market.

How to get started with cinema advertising?

When it comes to cinema advertising, there’s two distinct approaches that you can take. Firstly, product placements within the movie. Remember IKEA’s catalogue from Fight Club’s opening scene? Or Carrie’s Manolo Blahniks from Sex and the City? Iconic product placements can aid brand recognition but of course, they can be expensive. Some have also shelled out millions to get their brand promoted in a blockbuster movie. So if your brand does not have top of the mind recall or isn’t popularly known (or you simply don’t have the big bucks), product placements may not be the best option.

The second approach is advertising in the cinemas before a movie starts. With cinema or movie theatre advertising, a good starting point is gaining clarity on your brand and the target group. According to Julie, brands should start by “asking first who, where and what would you like to target” and then figuring out whether their campaign is local, targeting a certain group or higher end audiences.

Local targeting is extremely effective with cinema ads. For example, if your restaurant is in the same mall as the cinema, it is easy to navigate the viewers for an after-movie meal (discounts work even better!). When it comes to targeted campaigns for digital brands, Julie suggests finding the perfect audience and product match. For instance, if you have a game around cars or racing, buy cinema ads before the next Fast & the Furious (coming out mid-July in France). With higher end targeting, marketers can explore independent movie theatres or movies that were nominated in prestigious movie festivals like Cannes or Sundance as this would be a better fit for targeting cinephile and higher end viewers.

“Ask yourself first what your goal is, who you want to reach and where (they are)” 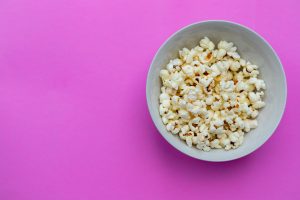 Once your campaign goals and audience are prepped, move on to the creatives. Julie’s perfect combo? A compelling story + appealing visuals + background score! When it comes to telling a story about your brand, cinema ads are a visual medium for showcasing your product. If you’re targeting the French market, go beyond the “buy this/use me” messaging and use cinema ads to highlight your brand’s values and tone of voice.

“Be funny, be creative and tell a beautiful story”

And don’t forget that while cinema is often thought about as a branding tool, it can drive performance too. She adds: “Cinema ads are definitely more suited for branding over performance. However, if you’re advertising on a local scale, then performance uplifts can be tracked too.”

All about cinema advertising in France

It is no surprise that the French love cinema. Therefore, when targeting the French market, it is essential to understand why movies are a part of their cultural fabric. Julie adds: “France loves culture in every form — literature, art, museums, music and cinema. It is also the ‘birthplace’ of cinema with the brothers Lumière. Cinemas have always been a popular medium.” A recent study also revealed that nine out of 10 French people believe that cinemas are good for morale and this was echoed across all age groups.

So, let’s talk numbers. When it comes to viewership, French cinemas bring in 43 million viewers, approximately 68% of the population each year. There are around 2045 cinemas and 6114 screens that will carry your advertisements. In 2019, these cinemas hosted 213 million spectators – the highest number since 1966, showing the enduring power of French cinema. And in spite of limited seating in 2020, French cinemas outdid most other European markets. When cinemas reopened after lockdown relaxations, French cinemas welcomed more than 2 million spectators within a week. To say that these numbers are promising for marketers looking to explore this channel is simply an understatement.

And as Julie points out: “France has been very protective of the chronologie des medias (or media timeline) which means when a movie was released, it would be available exclusively in the cinemas for three months. Only after this period, the movie would be available in physical or digital formats. And if the movie is to be released on TV, it meant waiting anywhere between 9-12 months!” The primary reason for this was to benefit all channels in a fair way without burdening smaller cinemas. “I think it is part of the reason why people are still attached to watching the movies in theaters. Obviously, there has been a shift recently with the arrival of Netflix, Disney+, Prime Video and others. For example, now there can be ads and trailers for cinema releases on TV, which were prohibited in the past. The time in between each step is much shorter too. There are discussions happening around how to fairly adjust this to media timeline rule”.

When it comes to seasonality, winter and summer are blockbuster seasons. Summers may mean less visibility as audiences are traveling – with French cities notoriously emptying out over the hotter months. However, even if they’re traveling, going to watch a movie remains a beloved summer activity.

“The big blockbuster releases are usually around Christmas and/or summer.”

Some pros of cinema advertising in France

High recall
Julie points out that viewing completion is very high with cinema ads. Cinema ads get 61% of attention from viewers, as compared to 21% with online ads. In terms of recall, cinemas have the highest index with 37% in comparison to 6% for online ads.

It’s expected, so it works
Audiences are well aware the ads are coming before the movie starts and they’re already in their seats ahead of time. They’re in cinemas to have a good time and are engaged with the big screen.

Brand safety
Cinemas not only provide an immersive and engaged audience, but also work wonders for brand safety. As users are more receptive to messaging, you can experiment with longer TV spots and emphasise your brand’s story.

Big screen, unparalleled impact
Cinemas have almost no distractions and the only focus is the big screen. In an uncluttered environment such as this one, your brand message can stand out and have all eyes on the ad. Also, talking over a commercial at home is okay, but is definitely rude at the cinemas! 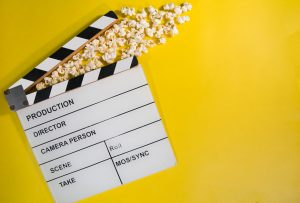 Performance tracking is a challenge
Like mentioned above, unless you’re a local business targeting the local community, it might be difficult to measure the impact of your cinema ads.

Second screening isn’t possible
Julie points out: “Despite people watching your ads, however long they might be, there is often no network indoors, and as most people turn off their phones, tracking direct conversion in terms of website traffic or app downloads isn’t possible.”

Cinema ads can be expensive
Depending on how many slots you pick, whether your campaign is local or national, or if you target a specific movie – the costs can vary significantly. The CPM for cinema ads is more expensive than some other offline channels but you do have qualitative attention and a safe environment where people are happy to sit and watch your ad.

For running a successful cinema ad campaign in France, understand the market and check out the metrics. And before you start buying spots, understand the French consumer. Julie emphasises:

“French people don’t only like movies, they care about the industry.”

As in many countries, many French actors raised their concern about the pandemic affecting them adversely. So when France saw an overwhelming response to theatres reopening, it didn’t only mean that they missed going to cinemas but was a way to support their beloved industry. “Since reopening, French movies have been performing quite well too. Audiences are eager to return, many movies are waiting to be shown and certainly, it is an advertising opportunity not to be missed!”

On a personal note, Julie can’t wait to return to the cinemas. Her top three movie picks of the moment are: In the Heights, Promising young woman and Comment je suis devenu un super-héro.

Want more expert insights about offline marketing in France? Reach us at bonjour@dcmn.fr

Cinema in France goes beyond entertainment –it’s deeply embedded into the French culture.

Cinema advertising helps brands to target audiences that are: local, national or high-end.

Cinema ads are great for branding but for local campaigns, they can offer performance uplifts too.