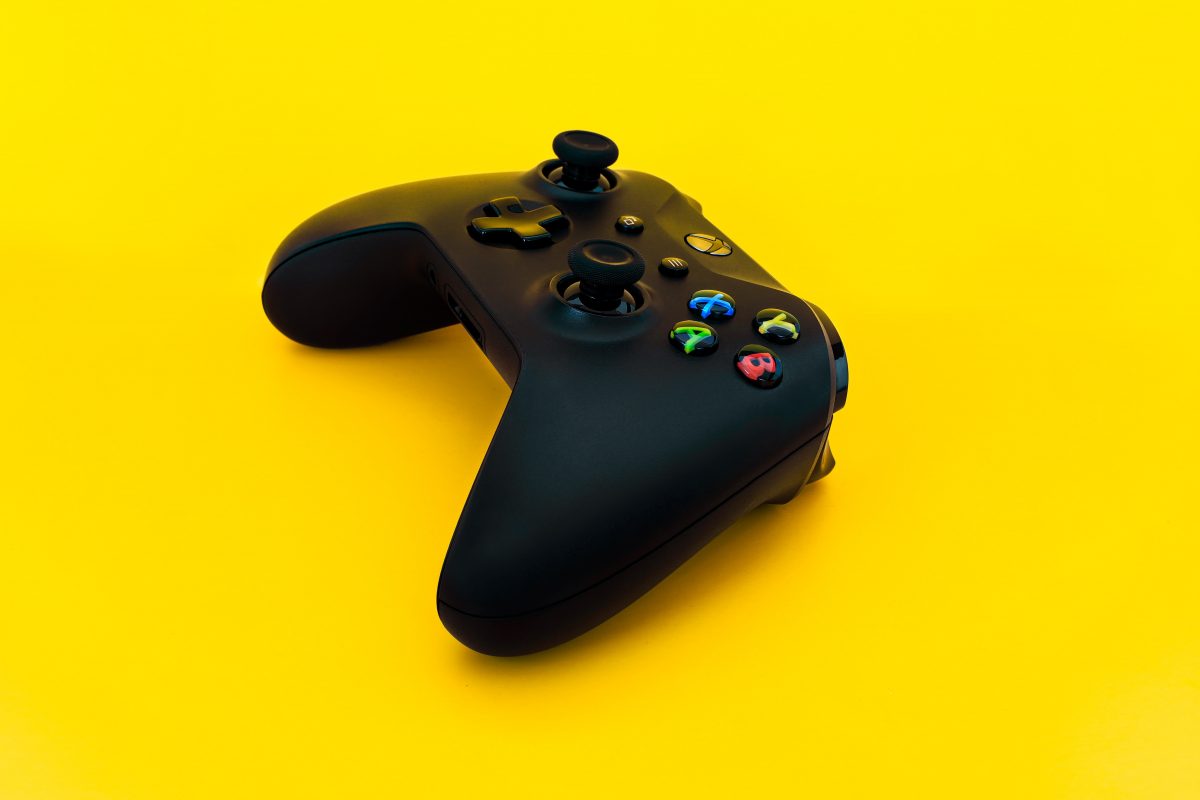 It’s not ‘just a game’ anymore, with advertisers spending big bucks on this new and exciting channel. In 2021, ad spend for in-game campaigns is expected to reach US$46.7 billion – up from $32.9 billion in 2020. And in recent years, big names such as BMW, Adidas, Mastercard and Alienware have all signed various campaign and partnership agreements with major gaming studios.


Looking to go beyond in-app campaigns?

CTV can help you boost both reach and performance. Our guide looks at key terms and strategies you need to know, and shows you how to set up a successful CTV campaign.

“It’s no secret anymore; advertisers follow where the eyeballs go.”

What used to be considered a niche pastime has evolved into one of the biggest forms of entertainment. As Eric says, “everyone is a gamer – in one way or another”. Whether they’re picking up their console controllers after work or playing games on their smartphones while commuting – the numbers don’t lie. With gaming becoming more mainstream, advertisers have a huge audience they could reach with their message. From  Fortnite to FIFA and Animal Crossing, you’ve probably seen popular logos making an appearance in your favourite games. 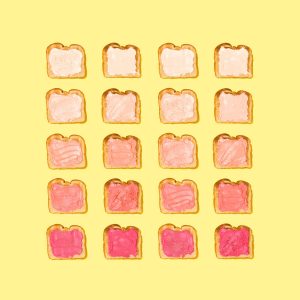 “To think that gamers are only teenagers, locked inside their rooms all day with no disposable income – I’d suggest you think again”, Eric says.  And on that note, here are some interesting numbers for advertisers: 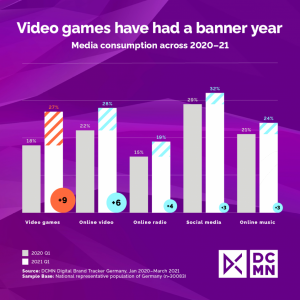 Which platforms are available for in-game ad insertions?

Marketers curious about in-game advertising often ask themselves which platforms are available to them.  Depending on your target audience and marketing goals, you can opt for:

How to get started with in-game advertising

Now that we’ve looked at the games market and audiences, you’re ready to make a start with building a holistic in-game advertising campaign.

Step 1: Where to play

Define and identify your target audience based on their geographic, behavioural and demographic characteristics. Next, lay a strong foundation and equip yourself with basic industry research. A good starting point would be industry reports and insights, usually published as open sources by ad networks and service providers. Equipped with this knowledge, advertisers can evaluate whether to opt for freemium games, where players need to pay to unlock additional features or free-to-play (F2P) games that are essentially free but highly dependent on promoting incentivised or non-incentivised ads to generate revenue promoting ads to generate revenue. Understanding this revenue stream will help advertisers plan their campaigns more carefully. Freemium games typically nudge users with some call to action for premium upgrades, whereas ads in F2P games are carefully placed due to stiff competition for inventory available on multiple ad networks.

Ad creatives play a major role in determining your campaign’s success. Keep in mind, an ad is still a form of interruption asking for attention, so identifying the moments and instances when the ad will be displayed can help inform your creatives.

“Customise your creative assets, make sure they blend in with the environment of the game, avoid the disruptive path and put extra effort to design customised graphics for the ad network,” advises Eric.

How does a gamer feel when she or he is taken out of their natural gaming habitat? Possibly annoyed. And to avoid this, it’s key that brands deliver a good user experience (UX) by keeping users engaged within the game. When it comes to frequency of serving ads, work with your ad network to test and learn! Experiment with frequency capping, see which days work the best (or don’t at all), explore how certain weeks perform in comparison to others, and so on. This does not only aid brand recall, but also makes tracking ROI easier. Most importantly, avoid bombarding gamers with ads too frequently as this could lead to ad fatigue. 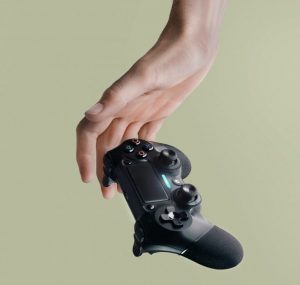 When it comes to the types of in-game advertising, there are three broad options to pick from:

Static ads: Static ads are programmed directly into a game and are usually placed when the game is still in development. Similar to product placement in movies, these ads are integrated into the game’s storyline and allow players to engage with your ads.

Dynamic ads: A hugely popular type of in-game advertising, dynamic ads allow marketers to optimise their ad campaigns in real-time, and also offer geo-targeting capabilities. These ads can either appear ‘on top’ of the game, via banner or interstitial ads placement, or inside the game itself, on virtual objects like billboards, posters or train/bus stations — typically on all objects that players can expect to see in a hyper-real gaming environment. Similar to banner ads on websites and blogs, ad networks can insert these ads in real-time via an ad server. Dynamic ads, unlike static ads, can be a part of the game even after the game has been released, giving more flexibility to advertisers exploring this channel.

Advergaming: A game within a game? That’s exactly what advergaming ads offer. These ads are typically custom built by brands to promote their product or services. Advergames can be placed on any platform, and the format can vary from a full-fledged 3D game to a simple browser based mini-game.

Mobile video Ads: These ads combine the best of both worlds: video and audio (unless you’re on mute). Increasingly, advertisers are opting for video ads, which publishers also use for monetisation. We have witnessed this on various platforms, simply adding a video ad can drastically boost the chances of a sale, on mobile or even desktop. Video ads convey a lot of useful information in a relatively short amount of time; whether it’s showcasing the product or boosting brand awareness, these ads get your message across effectively and to the intended audience. 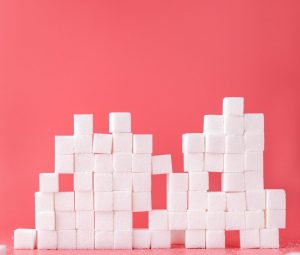 The highs and lows of in-game advertising

One of the key advantages of an up-and-coming channel is the untapped potential it offers. Eric observes: “With a plethora of channels, games and targeting options available, advertisers can really test and learn, without breaking the bank. Additionally, inventory and ad spend is growing dramatically each year. This means brands and fellow advertisers don’t need to compete over a small slice of the market, as there is enough space and opportunity for everyone. An added bonus? You can optimise the ads in real-time!”

Beyond the benefits of geo-targeting and easily customisable creatives, in-game ads are also interactive – unlike traditional channels like TV or print which are more passive in nature. When done right, in-game ad campaigns can be very focused, and incentivising certain CTAs makes ROI easy to track.

Eric adds: “Gamers are known to be highly engaged media consumers which is another benefit of adding games to your marketing touchpoints. However, as marketers we need to be aware that in-game advertising success lies in respecting gameplay and serving contextually relevant ads.”

Gamers and audience behaviour in general increasingly show signs of ad fatigue, which could indicate users are desensitised to the ads they see or potentially ignore them completely. With pro-level gamers, this ad indifference is even higher.

Another cause of concern for advertisers is the rising use of ad blockers, which must be taken into account especially when measuring engagement.

Eric also points out that a lack of empathy from a certain brand could equal a lack of results. “Brands need to be aware that they’re entering gamers’ ‘down time’,” he says. “Each genre attracts a different type of user and provides a totally different experience — whether that’s relaxation, competition, entertainment or escapism. Brands need to respect and keep in mind that whatever their creative messaging strategy, they need to add value to the player’s experience.” 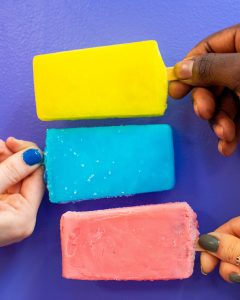 Lastly, which verticals are best suited for in-game advertising?

When we asked Eric if there were specific brand categories or verticals that work best with in-game ads, he said: “Amazingly, there isn’t. The industry is diversifying rapidly and there is a huge audience for brands to reach with their campaigns. That being said, it’s essential for brands to do a little homework before running a campaign, learn from the successes of hit games past and present, pick reliable resources for gaining industry insights and use these as inspiration for their next in-game ad campaign.”

When he’s not ‘digging into marketing cases or business developing’, here’s what Eric likes to play:

With an estimated audience size of 2.8 billion worldwide, the reach and targeting capabilities offered by in-game advertising is next to none.

For success with in-game ads, disruption is not the way. The goal should be adding value to the player’s gaming experience.