Introducing DCMN Amsterdam: Why We Opened an Office in the Netherlands

Introducing DCMN Amsterdam: Why We Opened an Office in the NetherlandsDCMNNovember 27, 2018September 27, 2022 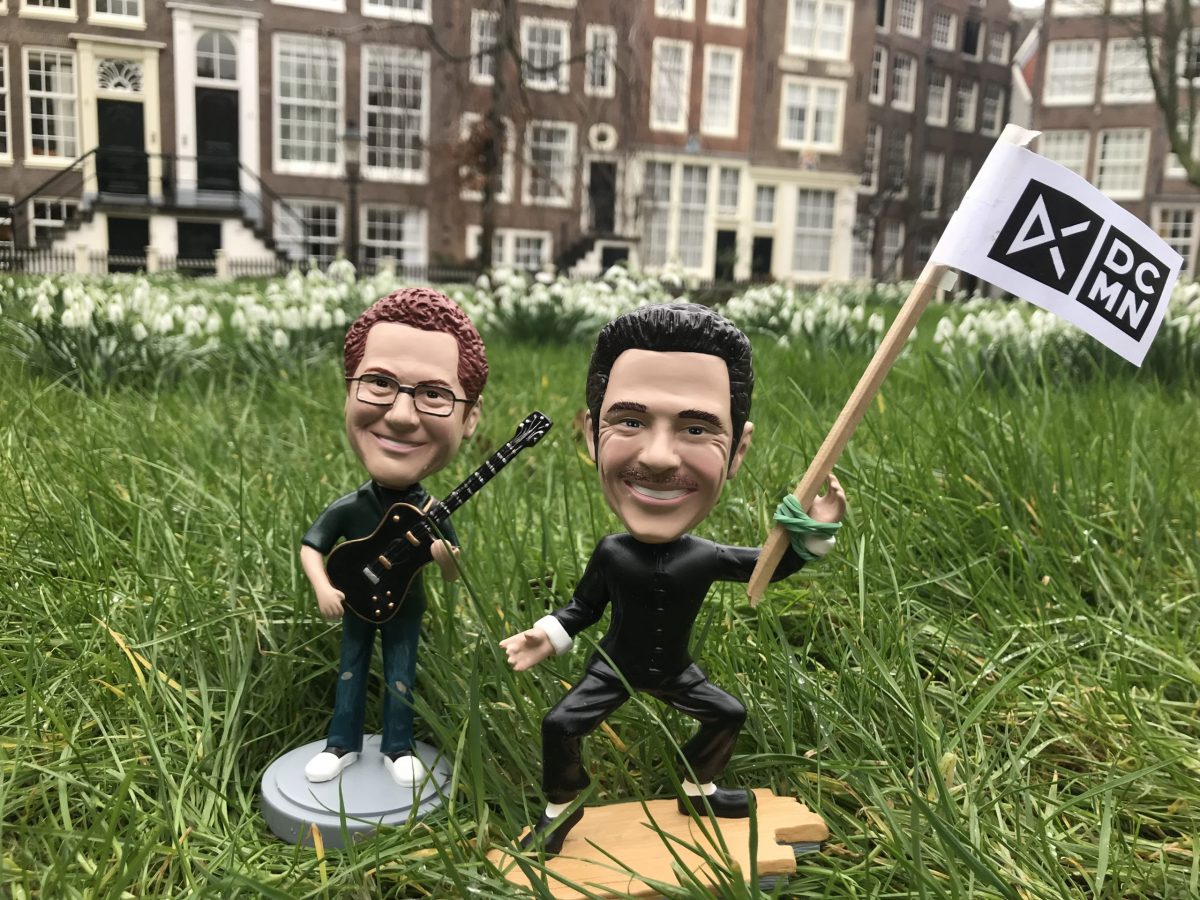 You might have heard the news: we recently added another office to our growing international network. This time, we’ve hopped just over the border from Germany and set up shop in the Netherlands – a country known for its tulips, its many bicycles and a flourishing digital scene!

The decision to open an office in Amsterdam was an easy one. Quite simply, we decided to enter the Dutch market after finding the perfect team. Jos Lakeman, Marc Dahmen and Marieke Houtsma have worked together before: they came to us from the Dutch agency Helder where they were responsible for growing digital clients not unlike ours.

Below, they tell us about their plans for the new office, the benefits of starting out with a close-knit team, and the must-see places in their hometown. We’re packing our bags already!

Why did DCMN choose Amsterdam, and the Netherlands more broadly, for its newest international office?

The Netherlands were a logical choice for DCMN. With a population of only 17 million it is a relatively small market, but it has proven to be a quick growth market for many online businesses.

Amsterdam is a very dynamic international hub for innovation and creativity and has a thriving start-up scene. For many ambitious international companies, it is the first place in Europe to open an office. Uber and Netflix for example have their European headquarters in Amsterdam but there are also many smaller scale-ups that use Amsterdam as a springboard to the rest of Europe.

It took no deliberation when the option was there to hire a local team of three people who have worked together for almost six years and have experience with the introduction to the Dutch market of many ecommerce businesses.

The new Amsterdam team has worked together previously at Helder. Who’s already on the team and how did you all meet?

Since 2013 Jos, Marieke and Marc worked together at Helder, a 15-people independent agency that specialised in performance marketing for digital businesses. In that time Helder introduced more than 30 brands to the Dutch market, among them Trivago,  Zalando, HelloFresh, BUX and MADE. Just like DCMN in Germany, we were one of the first agencies to develop a TV attribution tool and focused on optimizing media based on business results instead of media results.

What does having worked together before mean for the DCMN Amsterdam office? Does it make the setup phase a little easier?

We have worked together most of the last five or six years, which means setting up the Amsterdam office is much easier than with a team that needs to get to know each other. We know each other’s personalities and talents so we can work as an established team from the start.

The ecommerce industry in the Netherlands was worth 22.5 billion euros in 2017, with projections to grow to 25 billion euros this year. How are you planning to tap into this growing market?

Most online companies in the Netherlands are international and many know DCMN either by direct experience in other markets or by reputation. This combined with the history of the local team means many are interested to hear what DCMN can do for them. The DCMN way of working is quite unique and resonates well in a market where most traditional agencies still struggle to understand how to best serve ecommerce clients, especially scale-ups.

What is unique about the Dutch marketing and digital landscape? And how can DCMN add value here?

The media landscape is very dynamic with a high density and diversity of publishers. There are many different options to reach your audience.

Most Dutch people live in urban areas and embrace new services and technologies. It is considered a country of early adaptors. This makes the Netherlands a perfect place to test new concepts. DCMN’s test-learn-scale approach is perfect for the Dutch market.

What are your plans for growing the team over the next weeks and month?

Support from the Berlin office in the start-up phase has been great, and we know we can rely on them in the future. This means we can focus on high-level service without having the limitations of a small team. As our client base growths we can add new local team members that fit the DCMN profile.

How open to innovative new work practices, such as DCMN’s beta structure of self-organising teams, is the Dutch workforce?

The Dutch culture by nature is a lot less hierarchical than the German. So beta fits very well. Because we worked at a small company we are used to working at team results, taking responsibility and taking over each other’s work when needed. Some years ago Helder was sold to GroupM so we experienced the big corporate structure as well and know all about its downside.

When we first visited DCMN we felt at home immediately. Beta was an important part of our choice to join DCMN.

What’s the coolest place in Amsterdam that we absolutely have to check out when visiting your new office?

Amsterdam is a little big city so there is something for everybody and always within 15 minutes.  If, like Marc, you are into live indie music, check out Paradiso. A church which was converted to a temple of music in the 60s. All the greats have played there. Go to paradiso.nl for concert tickets or visit the venue for late night dancing after a show.

Jos would point you to Kriterion, a relaxed bar and cinema that shows the best arthouse movies in the original languages (with Dutch subtitles which can be a bit distracting for non-Dutch).

Marieke likes to go out in the east part of town where you will find less tourist traps and more locals. Beukenplein is a nice starting point with cocktail and beer bars, Asian food and BBQ joints.

To get in touch with the DCMN Amsterdam team, reach out via hello@dcmn.com