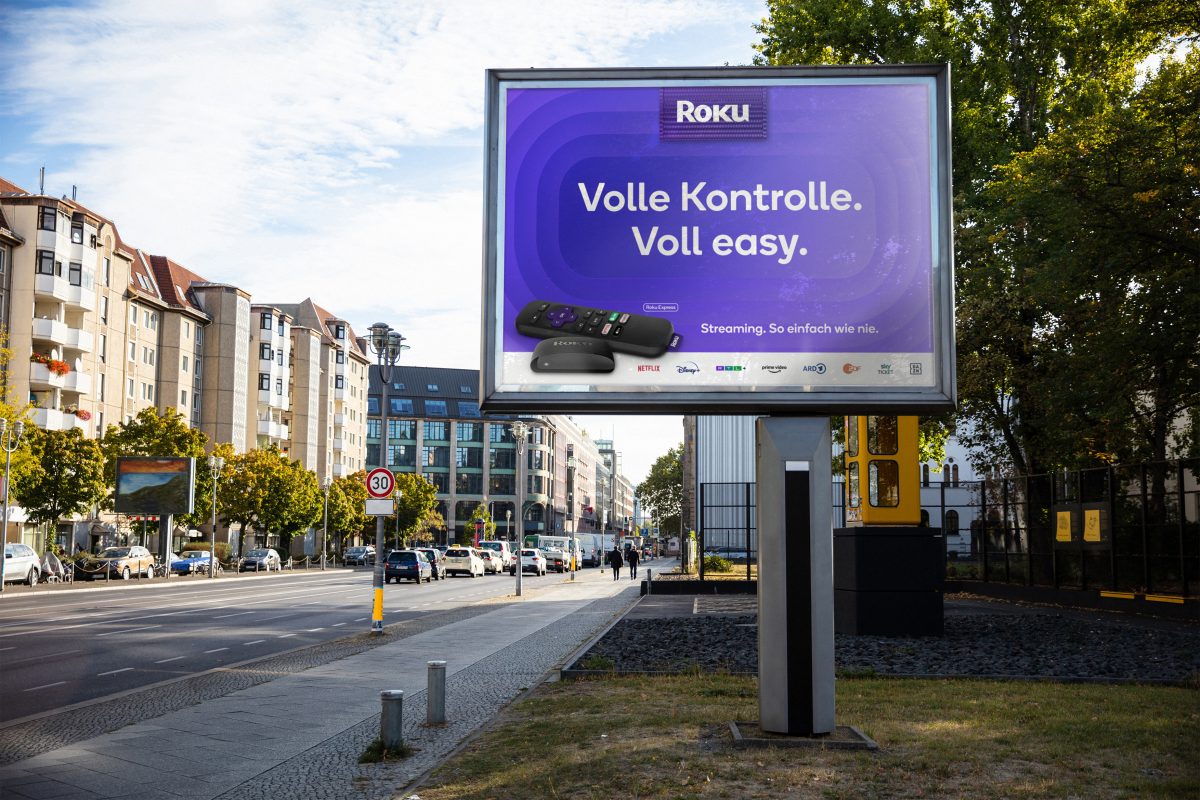 We’re thrilled to be working with TV streaming giant Roku on their newest holiday advertising campaign in Germany, following their launch here earlier this autumn.


Learn how to set-up a CTV campaign

Our guide teaches you the ins-and-outs of the CTV world, with key terms and strategies you need to know to stay on top of this channel.

With the tagline “Streaming. So Einfach Wie Nie.” (Streaming. Easier than ever), the campaign is centered around Roku’s key differentiators: ease of use, choice and value. The campaign will be executed on TV, radio as well as out-of-home, digital and print marketing initiatives.

We were responsible for all media buying and strategy, with our creation & production department responsible for producing the campaign assets, including the TV commercial. DCMN’s Insights team also supported with testing of the campaign. This is our first collaboration with Roku, and the streaming company’s first advertising campaign in Germany.


Roku’s strategy for out-of-home advertising includes various city light posters and billboard ads that will be seen in several major cities – including Berlin, Munich, Hamburg and Cologne – over the next few weeks.

“Our goal is to make TV streaming easy, accessible and affordable for everyone. Our campaign aims to reach the masses with the message that we at Roku love TV and want to help consumers to get to the show they want to watch quickly,” Wouter Jansen, Director Marketing at Roku, says.

“For Roku’s first advertising campaign in Germany, we focused on brand awareness and education on the products themselves. That’s why we chose to highlight and celebrate Roku’s differentiators across our 360 degree campaign, namely ease of use, variety of choice, and value,” comments Anke Heyser, Head of Creation & Production at DCMN. “Roku is a true pioneer in the streaming space and it is important that their German launch campaign highlights their unique story.”

Read more about the campaign in W&V’s write up here.