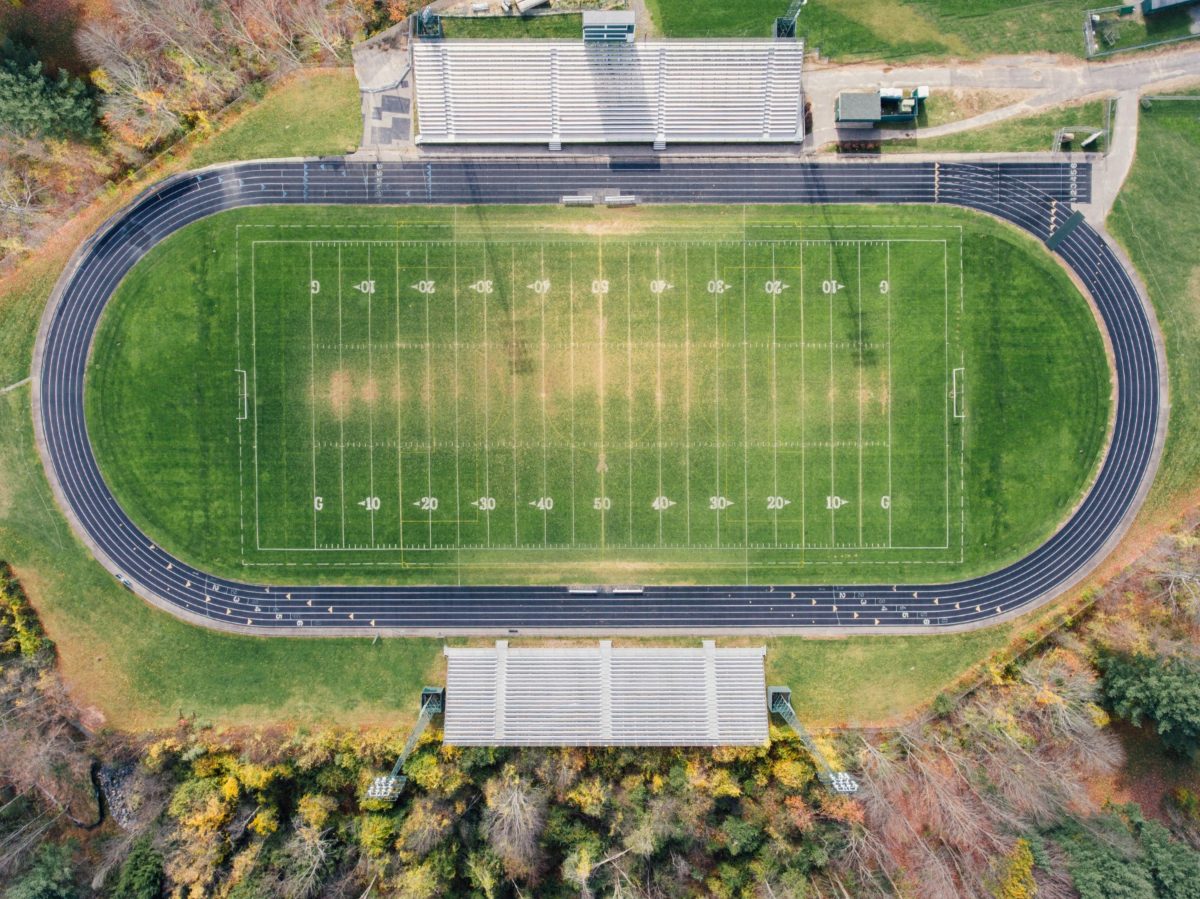 It’s the golden tier for commercials, but getting Super Bowl 2020 ads was a huge investment too. 30-second slots this year were going for up to $5.6 million. And there’s many different ways to make it count and send your brand visibility skywards. This year saw a big swing towards influencer marketing, with a whole host of celebrities swarming through the ads of the Big Game.

But first things first…on the field, it was a big night for the Kansas City Chiefs, who walked off with the trophy for the first time since 1970. Off the field, where do we begin? J-Lo and Shakira put together a set for the ages under the Miami night sky, full of flair and energy and an important course correction after languid sets from Maroon 5 and Justin Timberlake in recent years. An all-Latin performance, it also marked a milestone for diversity. #SuperBowlSoLatin anyone?

But the big deal for us is in the advert breaks of course. A few companies (Amazon) soared, some managed a score draw (Rocket Mortgage, Planters), whilst many others missed the mark with their offerings (Porsche).

So who’s gonna get their ROI from yesterday’s commercial smorgasbord? Here’s a few of our favourites narrated by our very own Stephanie Stacwinzky, before we did a deep dive into some of the others too. Enjoy!

Alexa is for many an irritant, an unnecessary house intrusion and something endemic of the dangers of modern technology (‘is it spying on me?’ is a common complaint). Kudos to Amazon for completely hitting all of these things over the head with an ad that was simultaneously witty, evocative, and heartwarming.

Part one of their success was in getting Ellen DeGeneres and Portia de Rossi to star, a hyper successful child-free gay couple: a snapshot of the modern partnership in 2020. Heading out for the day, they reminisce on what life was like before Alexa. Here’s where they also went for the jugular: with impossibly high production standards, transporting you to the likes of a 17th century court, whilst making jokes about fake news and the Nixon tapes. How did you play music before Alexa? How were jokes told? According to this version of history, a lot of things were very difficult sans Alexa.

Leaving you thinking that the “smart speaker”, a quintessentially modern invention, is timeless. Just like electricity and water, Alexa is a household necessity.

Is he dead? Is he alive? The week surrounding the Super Bowl saw the iconic Mr Peanut of the US nuts brand, owned by Kraft Heinz, die in a tragic car crash in an advert released prior to the game. On the day itself, the advert depicted the funeral, as Wesley Snipes, who survived the crash, read the eulogy to the fabled nutter. “Mr. Peanut, he spent his life bringing people together,” he says, with Mr Clean and Kool Aid Man also in attendance. And then…

A twist ending to a spot that was a clever advocation of the fact that Super Bowl advertising is so much more than just the advert breaks themselves, encompassing absurd levels of hype and build up. With regards to this ad, the whole internet was waiting to see what would happen, making the spot a huge draw.

Even if Baby Nut was a slightly too obvious spin on the current Baby Yoda craze – plus a sort-of resurrection is a bit of a cop-out in dramatic terms – this spot marked a solid end to a week of speculation. Planters just about made their advert land.

Rocket Mortgage offers a product that requires some careful branding. After all, buying a house is one of the biggest – and most stressful – parts of an adult’s life. How would Rocket Mortgage soften this in their Big Game ad? With celebrity and comfort as dual pillars, that’s what. Enter Jason Momoa, the shaggy-haired star of billion-dollar grossing Aquaman and a current celebrity with a huge profile (and even bigger muscles). In a pseudo Cribs, we entered his house, a place where he feels comfortable, and he showed us who he really is. Notably someone without hair and muscles, stripping both off before attempting (and failing at) a bench press.

It’s discussion-worthy – instant reaction saw many term the ad as creepy – but holds a tenuous link to the brand. In a nutshell: Rocket Mortgage wanted to show that if you can be yourself at home, you will also feel comfortable with getting a mortgage. Really?

In a sea of high concepts and high celebs, it’s crucial for a brand to get their message across, which Rocket Mortgage slightly fell short on. Despite this, the creativity on display – and the clever use of celebrity – was eye-catching enough to call this one a score draw.

Launching a new product at the Super Bowl is a fiendishly tricky move, but also the perfect opportunity to psyche interest when absolutely everything else is from a familiar – and maybe exhausted – brand name In this case, it’s Quibi: a new OTT service from Jeffrey Katzenberg, previously head honcho at Disney and Dreamworks.

More seen as a rival to YouTube, than the likes of Netflix, Amazon Prime, and Hulu, Quibi is a streaming service for short videos under ten minutes. In a suitably snappy spot – keep it under 30 seconds advertisers! – Quibi explained their brand to viewers through the story of a bank heist. When three robbers attempt to get away, they are hamstrung by the fact that their getaway driver is currently hooked on one of Quibi’s shows. He needs ten minutes before he can assist them, exactly the maximum length of a Quibi original. They’re saying, Quibi originals are short and entertaining and you’re gonna be hooked. Did viewers get it? The jury is out, as perhaps there was a need for slightly more exposition to make the messaging crystal-clear.

However, “I’ll see you in a Quibi” sounds like it could be a ubiquitous line soon enough…

The German automaker is returning to the Super Bowl with its first ad in 23 years. And their goal is crystal clear: Showing a younger, environment- and climate-conscious generation of consumers that Porsche’s brand DNA is not made up of combustion fumes. Their core has always been innovation that amplifies the emotions of driving – regardless of the engine of their cars.

It is a clever move to promote the Taycan, Porsche’s first all-electric car, by stressing its impressive legacy in producing sports cars. To this end they used some of their most iconic models as protagonists and embedded the whole campaign in maximum reach sports context, where performance and speed matter most.

But the attempt to draw a seamless line from the combustion heyday to an electric future is too desperate and broad-brush. Especially when the story told is bursting with references to geographical origins, “Made in Germany” patina, historic car models, while mechanically acknowledging developments regarding diversity, equal rights, and climate consciousness. Convoluting your brand vehicle like a busload of people crammed into a Porsche 911 makes it difficult to electrify modern audiences.

This has to be one of our least expected favourites of the evening.  Yes, it’s another pop culture reference with celeb cameos. – in this case a homage to Stanley Kubrick’s The Shining. The choir of your synapses should shout “yawn”. But this commercial is perfectly executed and delightfully absurd. It stars Bryan Cranston, with his best performance since Walter White stopped cooking chunks of glacier, and an equally formidable Tracee Ellis Ross, of Black-ish fame, as Wendy.

PepsiCo uses their bizarre take on the infamous “Here comes Johnny” rampage scene – which in this case culminates in the appearance of a superbly creepy double Cranston – to elegantly promote their latest addition to the refreshment shelf. Just as a bottle replaces the axe and Mtn Dew replaces blood, this ad skilfully hides its message (New product! Same taste! No horror!) in an entertaining and easily digestible movie parody.

That only leaves one question: Does a torrent of nuclear green soda with Zero sugar leave less of a mess in a hotel lobby than a blood flood?

Are you considering getting into the Super Bowl advertising game? And would you like to talk to someone who could tell you if you should maybe consider other, more effective options for your brand instead? Write to us on hellothere@dcmn.com!