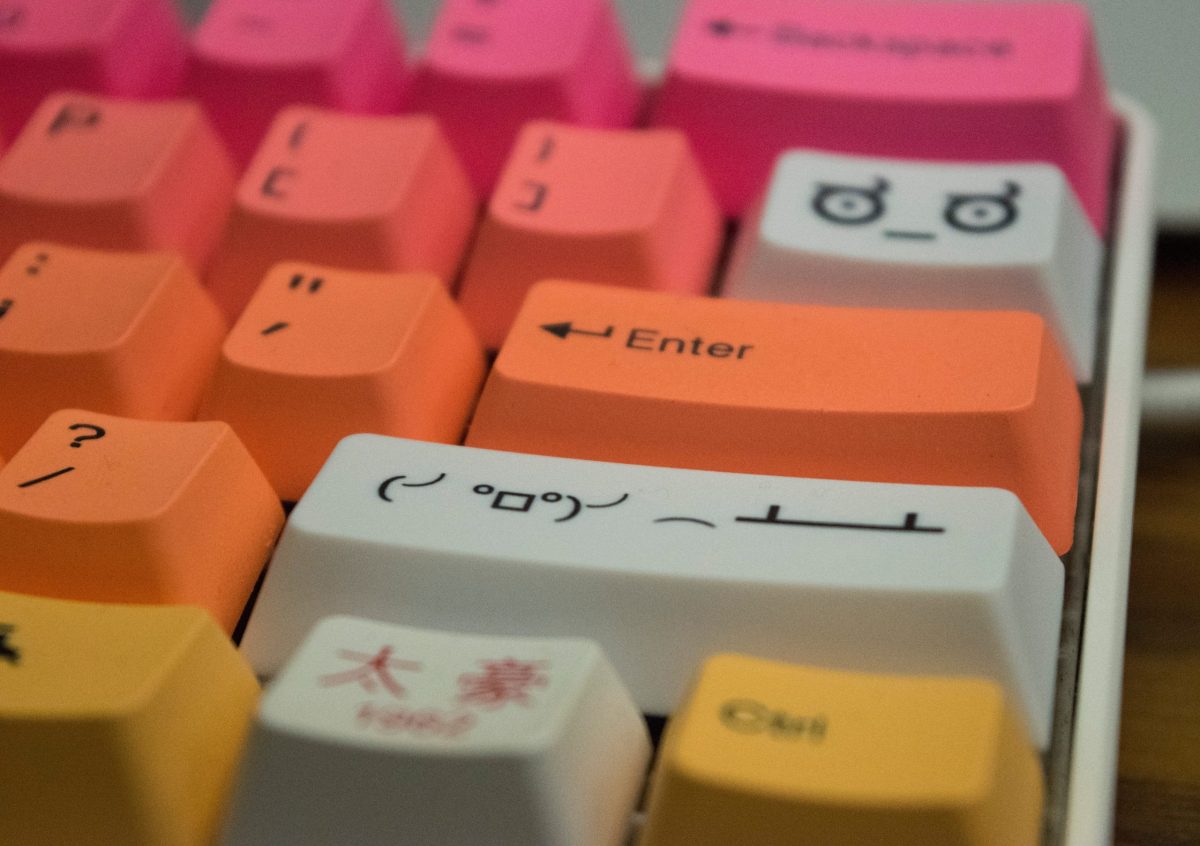 As we begin 2021, many students across the world are studying from home – regardless of their age and level. Whether it’s universities, high schools or elementary schools, the COVID-19 pandemic has wreaked havoc on the standard models of education, as it has done with so many other sectors too.


As with most industries (hello food delivery!), the white knight is of the electronic type. Edtech startups across the globe were already on the rise before their forced adoption in March 2020. Indeed, reports published before the outbreak of the COVID-19 pandemic said that the market was already worth USD 76.4 billion in 2019 – and is set to grow at a compound annual growth rate (CAGR) of 18.1% from 2020-2027. We have no doubt that will be higher now, as schools, children, families and organisations need digital learning resources more than ever.

And it’s not just a “right place, right time” type of situation. First and foremost, online learning offers an individual approach, while there’s the potential to also make feedback and grading close to instantaneous. Then there’s the eco-friendliness of it all, with none of the paper and waste the IRL learning experience produces. While the overarching switch to online learning was situational, it’s likely these edtech startups will be mainstays in educational structures in the future – as they move forward with hybrid learning models. The stock market has been paying attention, with a flurry of investments during 2020 making edtech undeniably one of the hottest sectors in the game. And here are some of the brightest and most promising edtech startups to watch right now.

Wondering how you will scale in 2021?

Get in touch with us for some assistance here. 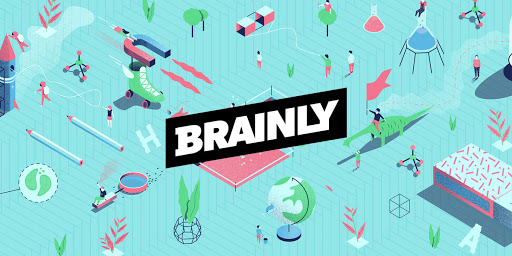 Right now in many countries, the entire school day consists of doing homework – as kids stay at home due to the COVID-19 pandemic. The pandemic has led many parents to become de-facto teachers, a role they may not be prepared for. That’s where Brainly comes in.

Originating in Poland, Brainly is a free-to-use network for students and parents to help each other with homework. And it’s grown a hella lot lately, going from 150 million users in 2019 to 350 million today. That makes it (drumroll!) … the world’s most popular education app!

Popular. Brainy. What else? Turns out Brainly is also well-funded, having raised $80 million recently in series D funding, a big amount that will be used to scale abroad (Hello Indonesia! Hello Brazil!) and to improve the tools they have already created. On that note, Brainly is looking into bolstering its tutoring potential, as well as utilizing AI and video. 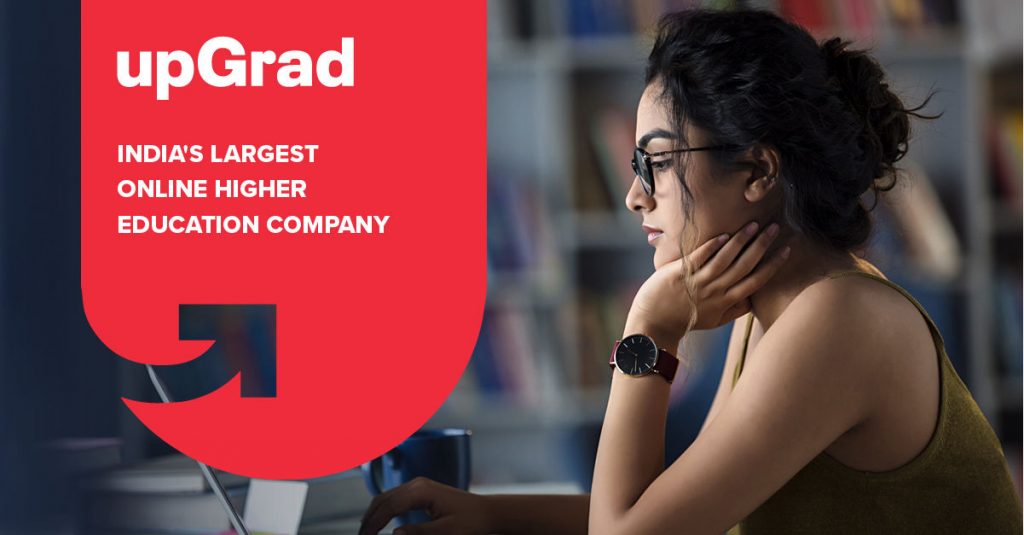 India’s edtech vertical is one that’s firing on all cylinders despite the ongoing pandemic. Here’s some evidence: In 2020, the country’s edtech startups raised total funding worth $1.434 billion, with 101 funding rounds. And with 81 mergers and acquisitions across the Indian scene, 16% of this came from the edtech space, showing a vertical that’s established and maturing.

Founded in 2015 by Mayank Kumar, Phalgun Kompalli and the famous entrepreneur Ronnie Screwvala, upGrad is one of the most notable players on the market. upGrad offers online courses and education programs in industry-relevant categories, designed and delivered together with top-notch faculties. With over 100 universities and colleges onboarded, it’s already got a base of popularity – something that has skyrocketed since last March. In fact, reports have suggested upGrad’s revenues have doubled in the past year. No mean feat! 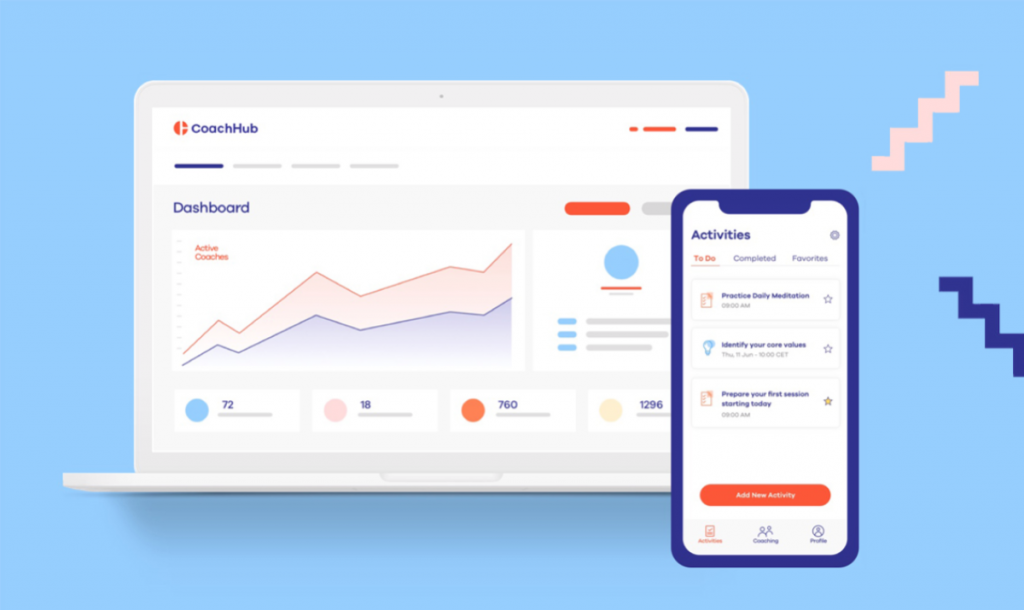 The likes of HelloFresh and SoundCloud are already using CoachHub, a startup which offers personalised coaching for employees of all career levels. You can call it the ‘mobile coaching cloud’.

Founded by brothers Yannis and Matti Niebelschütz in 2018, the startup uses AI to match individuals with coaches – of which it now has more than 1000 certified coaches across the globe.

Based in Berlin, CoachHub secured $30 million in a December funding round from investors including Draper Esprit, HV Capital, Partech, Speedinvest, signals Venture Capital and RTP Global. They have plans to add another 1000 coaches to its network with this investment, plus a big hiring spree. That’s not all. CoachHub has its own Coaching Lab, a think tank which conducts behavioural research and development in the coaching space. 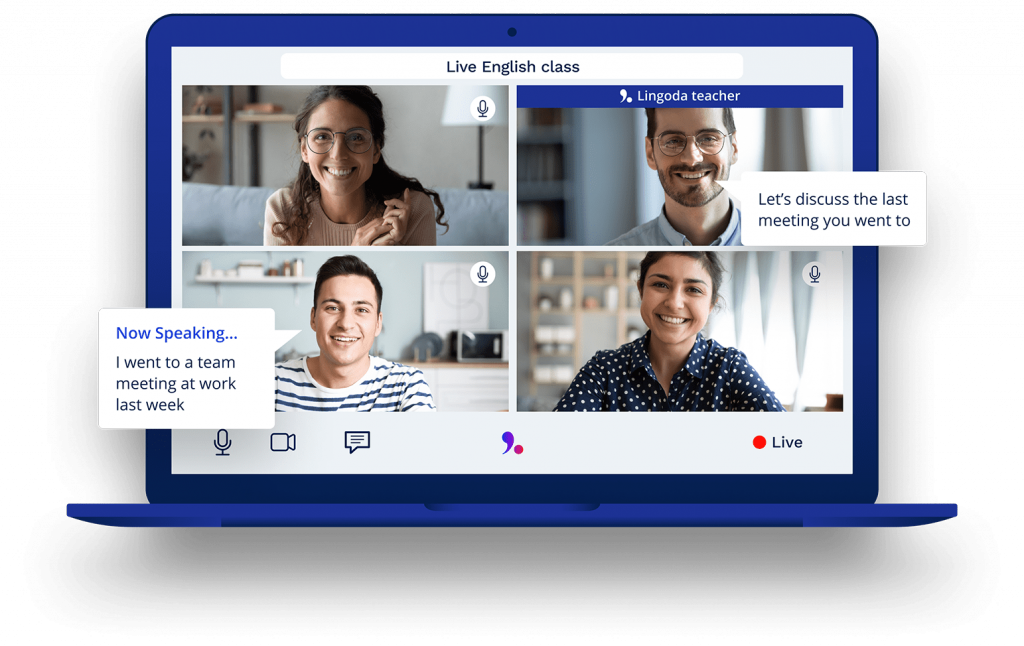 Language learning has also been one the top trends during corona, with Lingoda one to watch.

The Berlin-based startup offers English, French, German and Spanish, and aims to build a one-stop language learning ecosystem, but with the focus firmly on the live classroom. That makes it a language learning school, rather than an app – and one of the world’s most prominent at that.

And during corona, they’ve implemented many initiatives to help the community. First of all, Lingoda launched its #StayHomeKeepLearning initiative, offering free access to all its language learning materials, alongside full assistance in setting up online classes, and masterclasses and guides on running a successful online class experience. That’s not it. In September they launched the #LingodaTeamChallenge, a global contest that helps to connect people even while they are separated. Users have the chance to make teams of language learners – and if they show team spirit and commitment by completing all their lessons at the same pace, they can win some nifty prizes. Whether it’s one year of free language lessons, or trips to London, Madrid, Vienna and Paris, it’s nothing to sniff at.

Babbeln in German means to chit-chat. And that’s exactly what Babbel aims to do, producing a language app that claims within five hours a user can hold a short and simple conversation in a new language.

Languages on offer go far and wide, including Spanish, French, German, Italian, Portuguese, Polish, Russian, Dutch, Turkish, Danish, Norwegian, Swedish, Indonesian and English. With a fun and innovative approach to learning through gamification, Babbel has received plaudits for its app – including a 2016 prize for most innovative company in the education sector. And during COVID-19, the Berlin-based company announced that they were making the service available for free to college students in the US, Italy, UK, Germany, Spain and France.

Imagine you wanted to learn how to act, but from an actor of the stature of Natalie Portman. Or to learn tennis from Serena Williams. What about learning directing from Martin Scorsese? Enter MasterClass.

Headquartered in San Francisco, USA, MasterClass is an online learning platform that offers pre-recorded lessons delivered by experts in their particular fields. It runs on a subscription model, charging a $180 annual fee for users to access its content library.

Launched back in May 2015 by David Rogier and Aaron Rasmussen, MasterClass raised $100 million in a Series E round back in May 2020, as investors went gaga over online learning platforms of all stripes. That round was led by Fidelity Management & Research Company, with participation from Owl Ventures, 01 Advisors, NEA, IVP, Atomico and NextEquity Partners. That means MasterClass is now valued at a staggering $800 million.

What’s next? You can expect more celebrities to go live on the platform, accelerating their course production – plus more excursions into the world of VR and AR. Plus, a little venture to the stock market could be nigh, with co-founder and CEO Rogier saying in an interview with Edsurge that the latest round of funding “puts us on the IPO path”. That’s why it’s one of our edtech startups to watch. 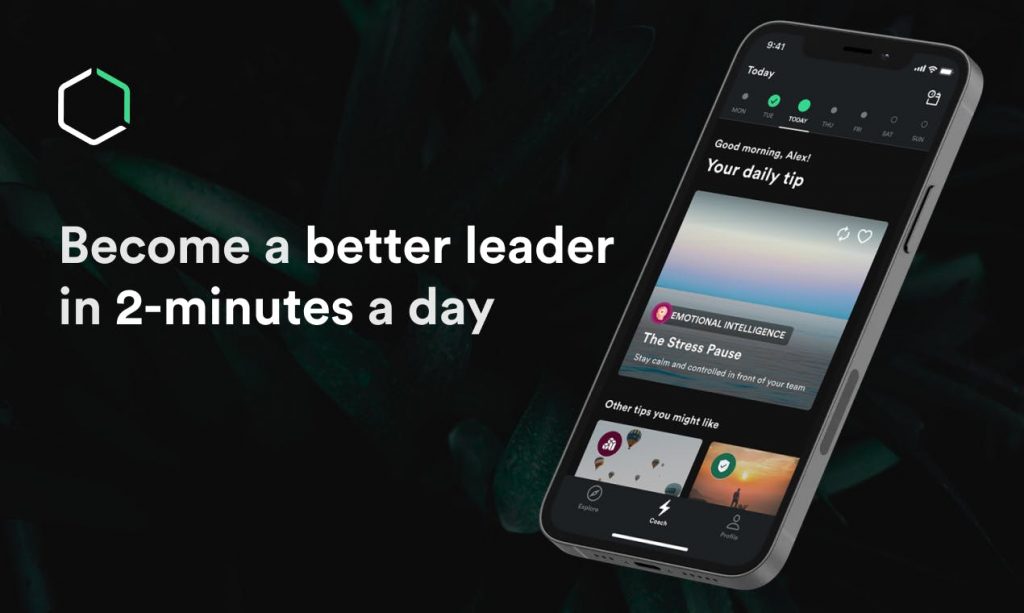 Bunch is an AI-powered coach and analytics software that helps people to improve their leadership skills. Founded by Darja Gutnick, Charles Ahmadzadeh and Anthony Reo in 2016, Bunch is focused on creating personalised and data-driven learning experiences for individual leaders, with two minute daily insights based on psychological research. And to-date, the Berlin-based startup has released three different products for businesses.

So far, they’ve raised $3.4 million in seed funding, led by M13, a new $175 million fund backed by the likes of Richard Branson and Arianna Huffington. 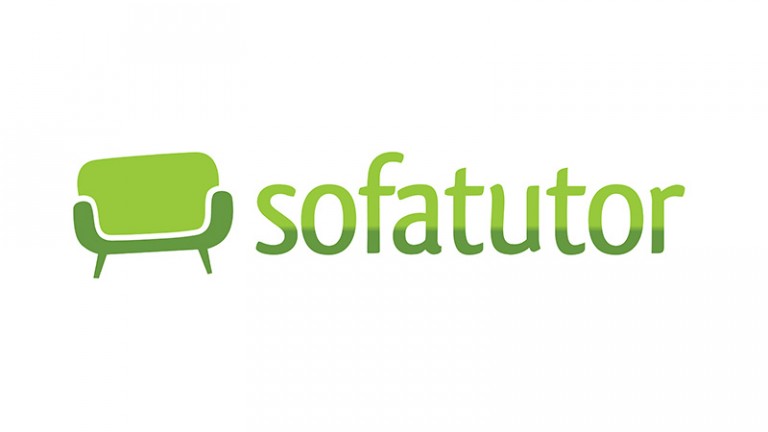 Founded by Stephan Bayer in 2007, Sofatutor is an online learning platform for children up to the end of school, with more than 10,000 five-minute videos on all relevant content from federal state curriculums – as well as exercises, worksheets and a chat function where around 60 teachers can assist with individual questions each day. You can expect animated short films of the funniest and creative variety (i.e. a yeti pushing a sled up a mountain to explain how to draw a straight line in a maths class). And in addition to Germany, Switzerland and Austria, Sofatutor also offers a US service.

Before corona, 1.5 million students used Sofatutor every month. And now? Sofatutor has reported around one million a week. The profitable company expects an even bigger growth spurt as students are forced to stay at home during the first quarter of 2021. The sky’s the limit! 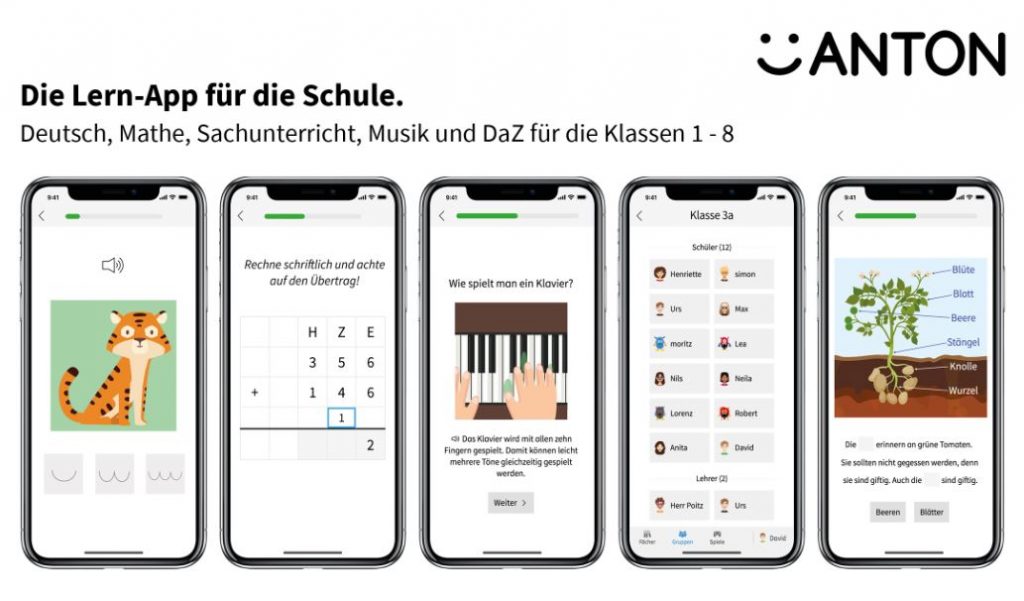 Another big name on the German market, ANTON is a free learning app for students from grades 1-10 – for non-Germans, that goes from elementary school to 18 year olds. For students from grade 1 to 5, there’s maths and German available, while the older kids can take on the entire curriculum, from music to science. And as you’d expect, it’s been taken up en masse during the current situation, with over 10 million learners and teachers in over 50,000 schools.

ANTON has a freemium model, meaning it’s generally free, but there are various ANTON Plus memberships which come with a fee – including if you want to use the app offline or if you’re a teacher or school looking to create learning groups. Anton is supported by the European Fund for Regional Development (EFRE).

Those were our edtech startups to watch in 2021! Wondering how to get on the same growth path? Get in touch with us here.