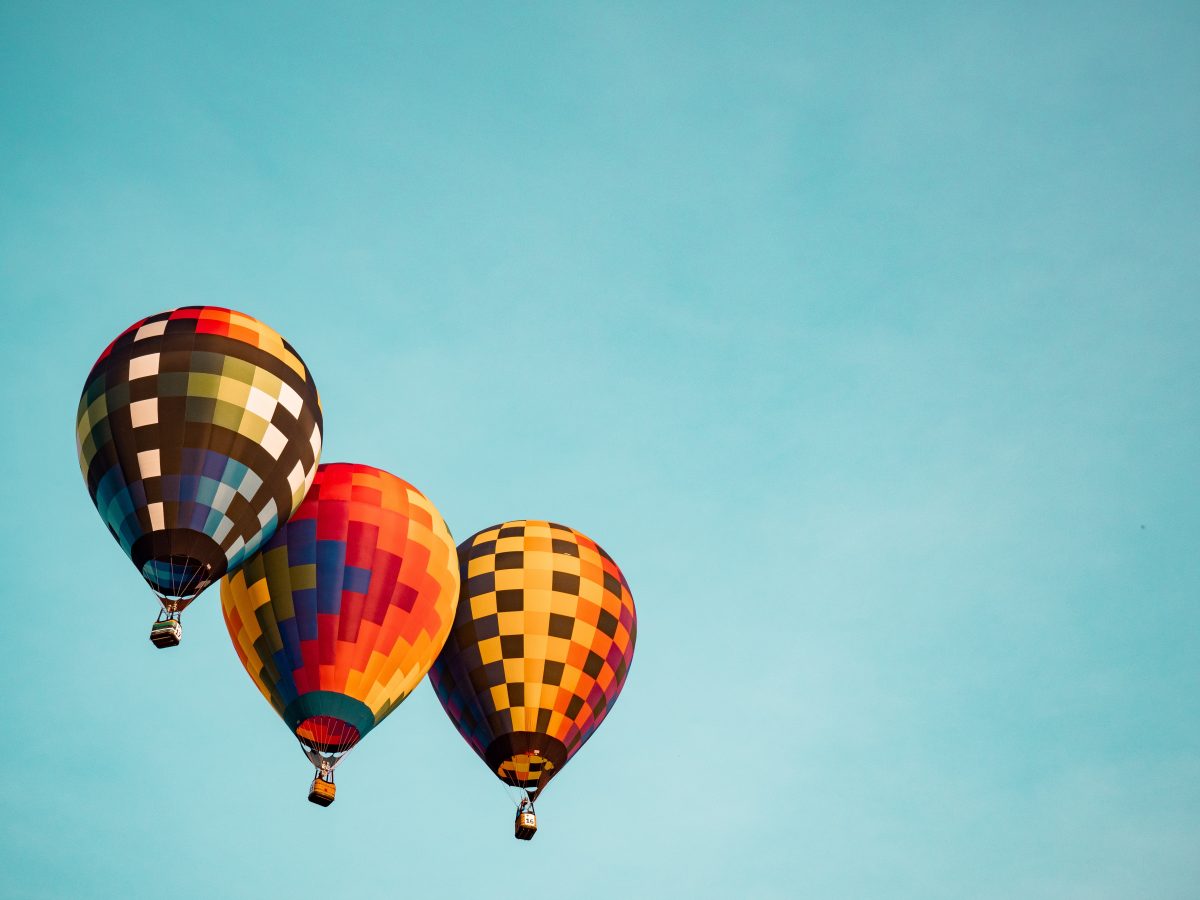 Made up of three small countries, the Netherlands, Belgium and Luxembourg, Benelux is fast making a name for itself as a global startup hotspot. The Netherlands undeniably has the biggest scene, which isn’t a surprise given it’s the birthplace of so many things from Wi-Fi to DVDs and CDs. With a GDP of $1018 billion in 2021, 12 unicorns and none other than travel behemoth Booking.com based in the city, they’re proving their legacy — with Amsterdam on its own voted the third best tech ecosystem in Europe by Dealroom, just behind London and Berlin.

But it’s not only Amsterdam: Belgium has seven unicorns — with 11 soonicorns hot on their heels — and Luxembourg, one of the smallest countries in Europe, also stacks up despite its diminutive size. The stats don’t lie: this is a startup scene with a lot of prowess, from fintech to AI, with a bunch of purpose-driven startups making noise in the sustainability space. Let’s dive into it and discover the top startups in the Benelux region.


Read our ultimate guide to marketing in a crisis

For businesses, it’s never been more important to think long term and plan how your brand will navigate these headwinds. But that does not mean tightening your belt is the only way.

Find out how to thrive in times of crises. 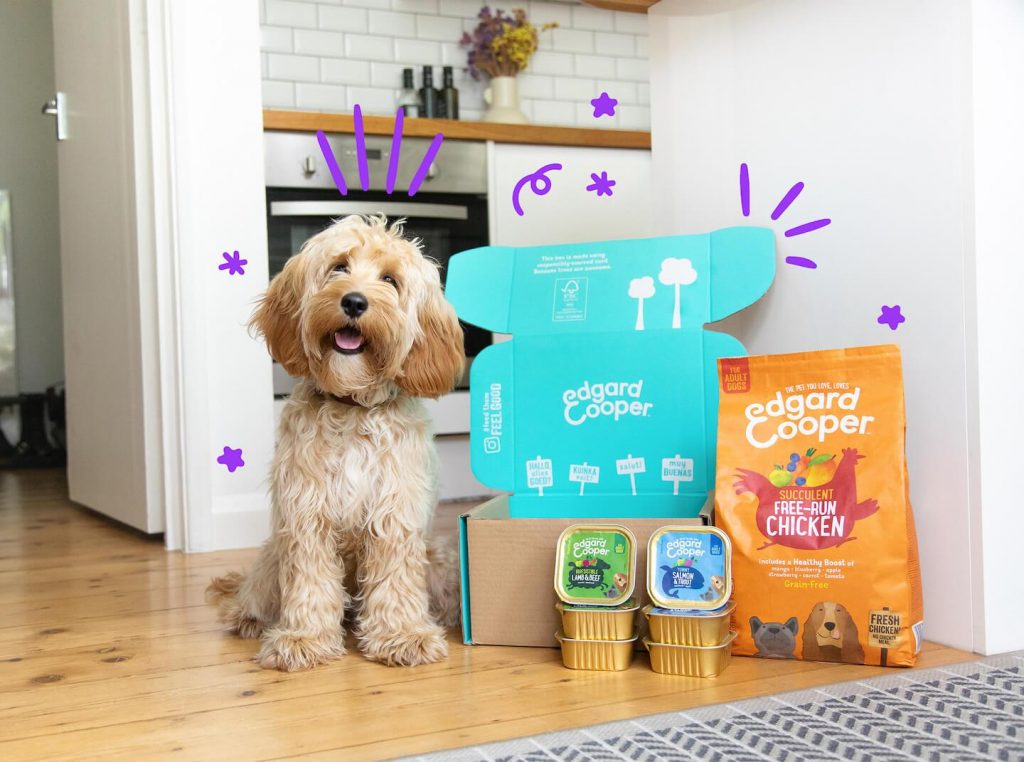 Pet care has come in leaps and bounds in the past years, with human trends in healthier eating and nutrition making their way over to the animal kingdom. A pet food brand with a healthy kick, Edgard & Cooper is a Belgian startup which has the wellbeing of pets at its core.

Their food products contain nothing processed or dried and are cooked using minimal process. The varieties with meat are made with only fresh meat, while there are some that contain no animal meats at all and are made with special plant-based formulas too, the Crispy Carrot & Courgette and Beetroot & Pumpkin varieties. And it’s not only that which is natural: the packaging is made from 100% biodegradable materials including both a mixture of FSC paper and bioplastic made from potatoes, while the brand donates 1% of its annual sales to a charitable foundation supporting cats and dogs in need. This is part of a bigger plan, one they’ve affectionately termed the zero pawprint plan to have zero emissions by 2025.

Growth exceeded 145% in 2019, while COVID-19 also saw a big boost in numbers — leading to a substantial funding round of €22 million in November 2020. Global expansion is on the cards. We can’t wait to see which markets are next! 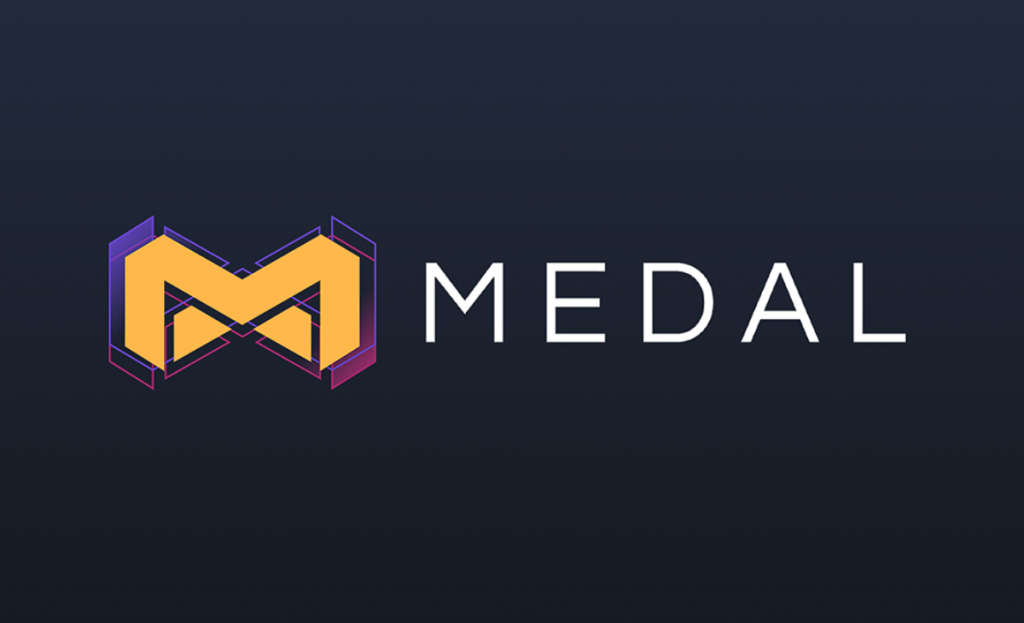 “Kids don’t hang out at the mall as much anymore. They hang out in Minecraft servers and play Roblox together,” Pim de Witte, Medal CEO.

For many, the future of community is digital. It’s predicted that there will be 3 billion gamers globally by 2024, so there’s ample room for a platform that brings them all together. That’s where Medal.tv comes in as a platform for the gamer community, allowing players to connect with each other via posting short-form gaming ‘clips’. Furthermore, gamers can play together live, plus chat on the side.

With over 2 million clips posted per day, there’s no doubt that Medal has reach to die for — and investors have noticed, with a Series C funding round of €53 million in December 2021 led by OMERS Ventures showing their metaverse mettle. 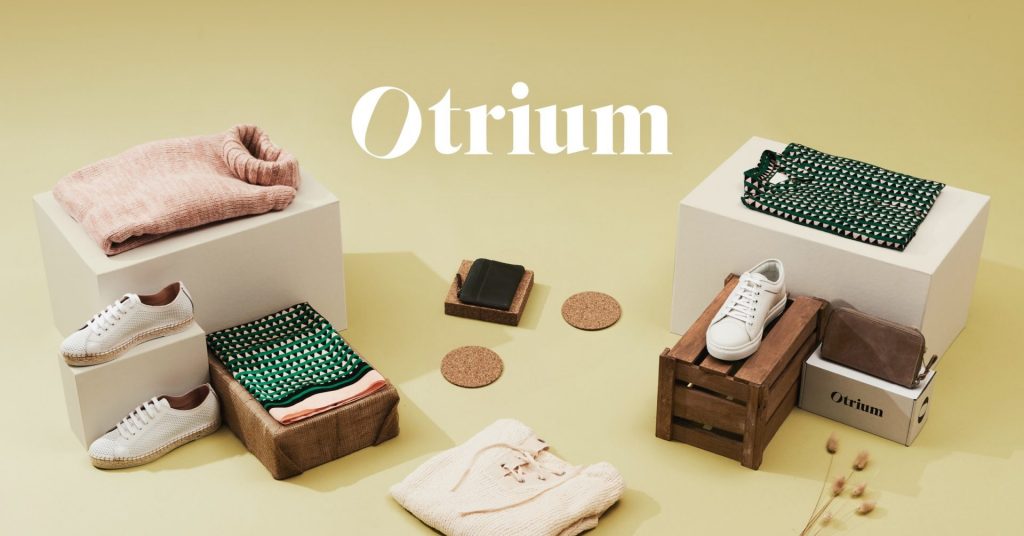 With the current climate crisis, it’s crucial to cut down on waste. That’s where Otrium comes in, an Amsterdam-based startup that helps a variety of clothing brands sell excess inventory across Europe. Since 2021 the brand, with its name a portmanteau of online, outlet and atrium, has also been present in the US market (thanks to a cheeky $120 million Series C funding round).

With over one in 10 produced pieces of clothing thrown away before even being used, it’s clear that there is definitely room for a brand like Otrium to shake things up. How does it work? Otrium utilises analytics to determine how much items should cost and then sells the products to their registered users. And get excited: sometimes there are deals of up to 75% off end-of-season inventory. There’s nothing off about off-price, as can be seen by their 3 million currently registered customers. 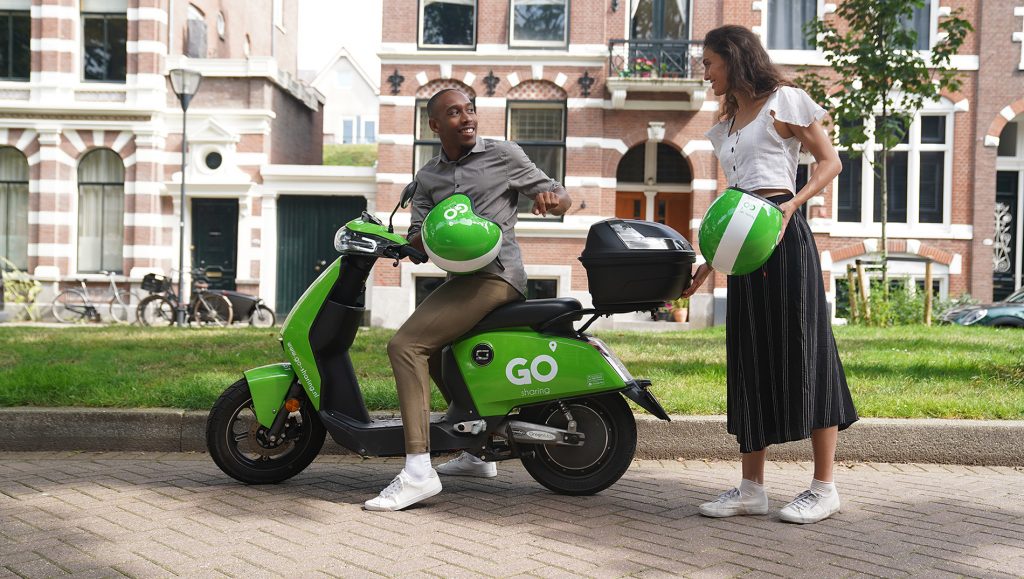 There’s never been a bigger need for sustainable modes of transport. Here’s one to chew on: GO Sharing is a Dutch startup that produces a mobile app for renting electric cars, electric bicycles and electric scooters. Based in 36 cities in Europe, they initially began as a specialist e-moped provider, but after a funding round last year of €50 million led by Opportunity Partners in Amsterdam, they expanded their output to e-bikes and e-scooters too.

Innovation is intrinsic in their product capabilities. They utilise AI to optimise location tracking, with users receiving incentives or discounts for dropping off their vehicles in locations where demand is currently high. And that’s not the only arm of the business: they also have a sister company called GreenMo, an electric moped sharing supplier based in the UK which is focused on transport for food and postal delivery services. 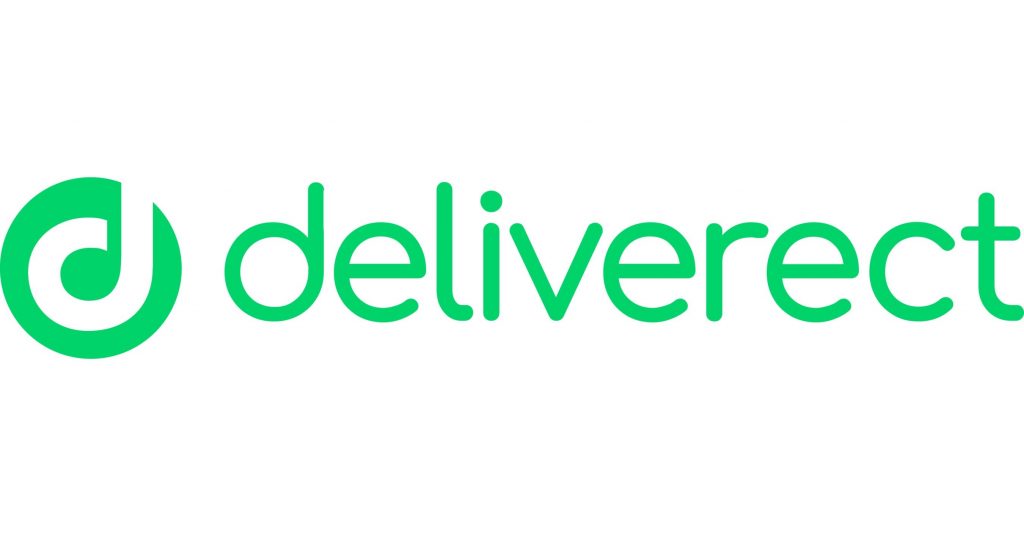 Foodtech is on the up in the last few years with startups like Choco in Berlin aiming to simplify the B2B experience for the food biz. Deliverect is a Belgian startup with a product integrating all online orders to a restaurant’s existing POS or delivery management app. Think about it like a travel aggregator like Booking.com or a reservations app like OpenTable or Quandoo, just this time for restaurant delivery services.

This helps restaurants big and small to optimise their operations in many ways, including reducing their mistakes with deliveries and streamlining the order process. With many restaurants utilising many suppliers and delivery services working with lots of restaurants, a startup like Deliverect has been a saviour for many different parts of the food and beverage ecosystem. With their $150 million Series D round of funding in January 2022, expect Deliverect to further improve their service and app over the next few years. 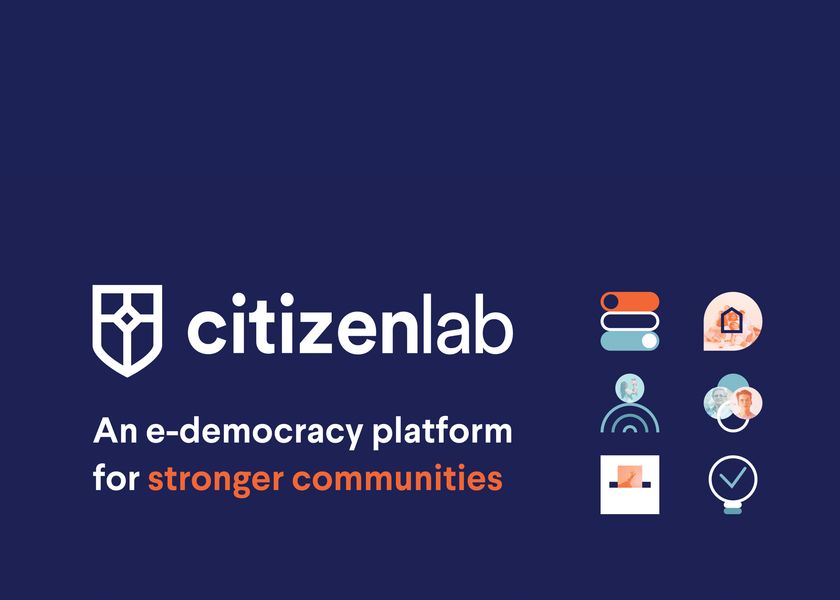 Not all tech startups are consumer-facing, especially in Belgium, and particularly in Brussels, which is a hub for all things politics. Meet CitizenLab, a Brussels-based civic tech company working with local governments in multiple countries. Their aims? To digitise governance and boost transparency, efficiency and collaboration in political decision-making. With trust in governance under considerable threat in the past years, especially in this age of fake news and populism, companies like CitizenLab are aiming to change that.

Founded in 2015 by Wietse Van Ransbeeck, Aline Muylaert, and Koen Gremmelprez, CitizenLab is a SaaS platform including features like participatory budgeting, polling and voting and has been used across a whole host of markets including Belgium, Netherlands, France, Germany, Denmark, United Kingdom, Norway, Canada and the United States. This international expansion is largely thanks to a 2019 Series A funding round of €2.1 million by Investures, the first ever European crowd-venturing impact fund which invests in early-stage impact startups.

Ever wondered why the recycling of clothes is so difficult? Things like buttons and zips on clothes have to be removed manually, making the whole process much harder. That’s why only 1% of clothes are fully recycled, a statistic hard to swallow in the current climate crisis. Enter Resortecs, a Belgian fashiontech startup who aim to make the recycling of textiles much easier.

The startup develops two products to solve this problem: heat-dissolvable stitching threads and thermal disassembly systems. Utilising the thread and using the so-called Stitch Oven to separate the parts of the material means the fabric can then be used again for producing other garments.

While ultra-fast fashion outlets like Shein and Boohoo are still big business, there’s an increasing trend towards circularity, whether it’s via vintage resellers Vinted or tech rental platform Grover in the electronics space. Resortecs is a startup firmly part of this circularity-focused crowd. Based in Brussels and founded in 2017, they recently received a grant of €2.5 million from the EIC Accelerator to further their goals and improve their products.

The UFO has had a revamp. Out with the aliens and in with electric cars. Based in Luxembourg and launched in 2018 by Aidan McClean and Renaud Marquet, UFODRIVE is an end-to-end e-mobility platform operational in 10 countries with around 150,000 connected electric cars. The benefits are manifold for the consumer: there’s no keys, no bureaucracy (goodbye paperwork!) and no queues — and it’s better for the environment too. UFODRIVE claims to have avoided 2,000,000kg in CO2 emissions since they began operations four years ago, making it a more sustainable option than many other car rental services.

The startup raised €16.68 million in funding in February 2022 with none other than transport behemoth Hertz leading the round. With traditional players taking notice, that means the disruptive likes of UFODRIVE are really making a splash.