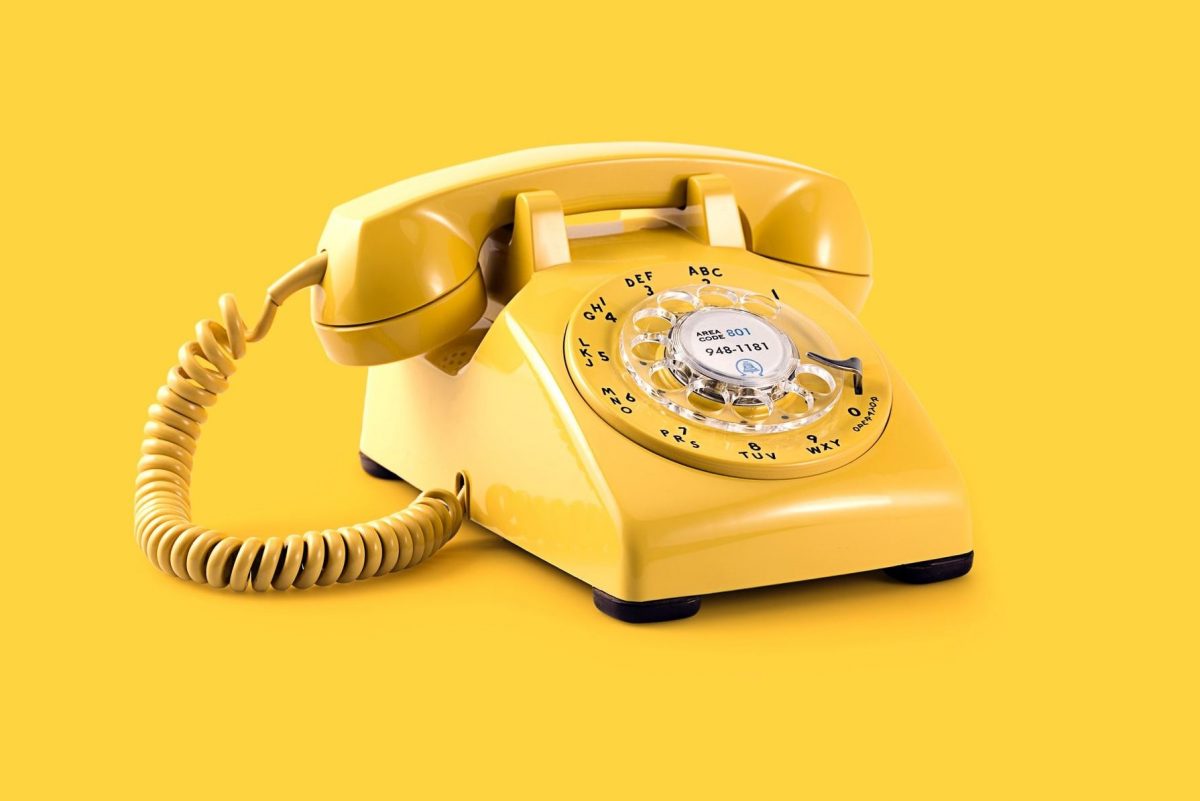 If there’s one thing brands realised over the last year, it was that brand purpose matters. Standing on the sidelines and biting your tongue doesn’t work in these highly political and socially contentious times.

One brand shining a light on a crucial topic is Truecaller, a caller ID and spam blocking app trusted by over 200 million daily users across the world. Their recent integrated print, OOH and TV campaign – for which we did the media strategy and planning – focuses on the harassment women in India face over the phone on a daily basis. In fact, according to their Truecaller Insights study, eight out of ten women have faced harassment at some point. Their campaign also hones in on the fact that 76% of sexual and inappropriate calls and messages women receive are from people they don’t know.

Over the last week, the Truecaller campaign has received a lot of success, being featured in the likes of ET Brand Equity, The Print, afaqs and Business Insider. That’s why we thought it was high time to speak to their Director of Marketing, Manan Shah, about how the campaign came about, the success of the TV, print and OOH channels and what’s being done from the top to stem the tide of harassment and abuse in the world’s biggest country – and beyond.

Well done on the campaign! It’s really struck a chord with audiences – and not just in India. But let’s go back to the start. We know what Truecaller is, but what is Truecaller’s position in the Indian market?

Truecaller started in 2009 in Sweden as a project between two friends Nami Zarringhalam and Alan Mamedi, which of course then expanded and became something much bigger.

But with regards to India: We didn’t discover India, India discovered Truecaller. Our founders never thought India would become their biggest market then. But India really suffers from spam calls. It’s a cultural thing first and foremost. In India, we call everybody. We don’t even ask if you are free to talk – we dial the number and talk at any time. People much prefer calling over messaging.

And yes: they launched the app in India and it was immediately a success. India became our strongest market and today in India we have more employees than in any other part of the world combined. In India, Truecaller is one of the top three used apps across the country, with more than 265 million active users and around 500,000 new registered users every single day. And the majority of those users have come from organic growth – without spending a single dollar on marketing.

How did you come up with the latest Truecaller campaign?

So, we started this campaign three years ago. It had become clear to us from consumer research groups and speaking to users, that we play a very important role – especially in the lives of our female users who face constant calls and harassment in their daily lives. In India, such harassment is pretty normalised. Even in the family, if a female is getting stalked or harassed, the first option that comes to mind is to block that person or change the number or simply to let it go. In fact, I’ve heard of so many women who have taken their phones away from their young daughters. Isn’t that unimaginable? The phone is your source to a wealth of information and knowledge, as well as your door to the outside world. This means some people have a basic necessity taken away from them.

That’s why we started this campaign. It’s a cause close to the hearts of our founders and, in fact, all of us at the company. And Truecaller itself plays a big role in our consumers lives, much more than a caller ID. It’s the first line of defence against such perpetrators .

That’s why we wanted to talk about this important topic. Using our own data and working together with the research agency Ipsos, we carried out various studies over the last three years. This was originally for Truecaller Insights, but on top of that it then became a look into women and phone harassment. These insights, as well as the personal stories of affected women, mark the backbone of our campaign. We’re telling women that it’s not OK. We need to take a stand and people need to report these incidents to the authorities. And the campaign was a success from the start, so we kept investing more and more time in it.

It’s not a surprise it’s a success – but the channels that saw virality in the last week are. Were you surprised it went viral after you did the offline channels?

Indeed, we went viral when we did print, OOH and TVC in the last week. It got more attention than the online campaigns, which speaks to the power of those channels. But for print it’s surprising. For instance, in the earlier stages of the COVID-19 crisis, I knew people that wouldn’t even touch a newspaper for fear of infection.

Is this Truecaller campaign only in India?

In fact, the harassment women face over the phone, is the real global pandemic. We’ve done the Truecaller campaign also in Columbia, Kenya, Brazil, Egypt and Nigeria. Across the world, this is an issue. And the campaign aims to combat this by promoting these stories and giving women the right education and options for how to deal with it. Blocking harassers on Truecaller is only the beginning but not the end.

What about this Truecaller campaign from a marketing standpoint? Did you have performance goals in mind?

This is purely a campaign that promotes the brand rather than focus on how many downloads we get. In fact, nowhere have we asked anyone to download Truecaller. Instead, the priority of this campaign is to talk about this topic and create awareness & action. People in India are living in denial, refusing to fight against this problem. The first step to fight a problem is to acknowledge it’s a problem. Then, you need to discuss it. Hence we haven’t really looked at what downloads we have received from this campaign, it’s just not the priority for us.

A big technical problem is of course the fact that people’s numbers are available to people they don’t know. But how do these numbers get circulated in India so widely in the first place?

In some cases, it happens when people sign up for loyalty programs, at a supermarket for instance. They fill out a form. It gets entered into the CRM or telemarketing plan, so they can send you discounts and messages from time to time. Reportedly, the database gets sold. And then sold on again and again. Merged with other ones. It keeps circulating. People are asked for their numbers all the time in India: when you receive a parcel, enter an office building, top-up your phone balance at a local store or sign up for a new credit card. Even when you’re at the petrol pump, some guy will come around with a contest form for you to fill!

The government has put lots of processes in place, including something called a Do Not Disturb list. This is where anybody who has a mobile number can send an SMS and register for the list. Theoretically, if you are registered, you should not receive any unsolicited telemarketing calls or messages. But in most cases (and our consumers echo this sentiment), the Do Not Disturb list does not work as well as it should. Spammers have found loopholes in the system. To beat these spammers, you have to be faster than them. In fact, that’s why Truecaller became so popular in the first place.

The root cause of the problem is attitudes towards women in India. Do you see any change in this regard?

There has been a lot of progress in terms of behavioural change in the country when it comes to women, especially in the corporate sector. Showing a progressive attitude, a lot of companies have implemented amazing women centric policies that enable  women to move up faster to top positions. But as a society, we have a long way to go before we can even talk about true equality and opportunity. The core attitude problem lies in the normalcy with which we objectify women. #ItsNotOk

What about the future of the Truecaller campaign? Will you guys continue with it?

Definitely! We will continue to promote this initiative and there are many exciting things we are working on. We are finding ways in which we can work with local law enforcement, as well as ways to bring more safety to the 100 million women in India who use the app. Women should not be scared every time their phone rings. We feel responsible for their safety – and hence we will continue on this path.

Thanks Manan for this inspiring story! We stand with Truecaller on this issue. Women should not suffer in silence any longer.  Share #ItsNotOk on your social media profiles to help raise the alarm and make a stand.

Wondering which are the biggest shopping days around the globe? Find out more.
Client Story , Online

How Fairtrade Harnessed the Power of YouTube to Spread their Message

All Things TV: How to Combine Linear and CTV Advertising

How to boost TV campaigns? Try combining traditional TV with CTV advertising, our experts tell…
How To , Insights

Our annual growth guide is the way for marketers to find out what’s coming up…
How To , Offline

The Radio Star: A How-To Guide for Marketers

Radio is an affordable, measurable and creative marketing channel that can send your results soaring.
How To , Media

The Hidden Quarter: A Guide to Q5 Marketing

Why Q5? Check our guide to acing this hidden marketing quarter
Ones to Watch , UK

Time to Look North: 6 Startups to Watch in Manchester

For many brands, the French market is ripe with opportunity. Find out more.
Brandformance , Branding

Pivot, Test, Rinse and Repeat: how Babbel Reacts to a Crisis

We spoke to Deepa Miglani of Babbel for the latest edition of our SCALEup webinar.
How To , Insights

SCALEup with Adjust: Our Top Five Findings about CTV

Find out everything you need to know about Connected TV advertising.
How To , Insights

New age of growth for the advertising industry: 68% of US marketers’ budgets set to increase in 2022

Research commissioned by DCMN sheds light on changes within the marketing landscape after a tumultuous…
India , Offline