Bienvenue to The Unicorn Factory: 5 French Startups to Watch 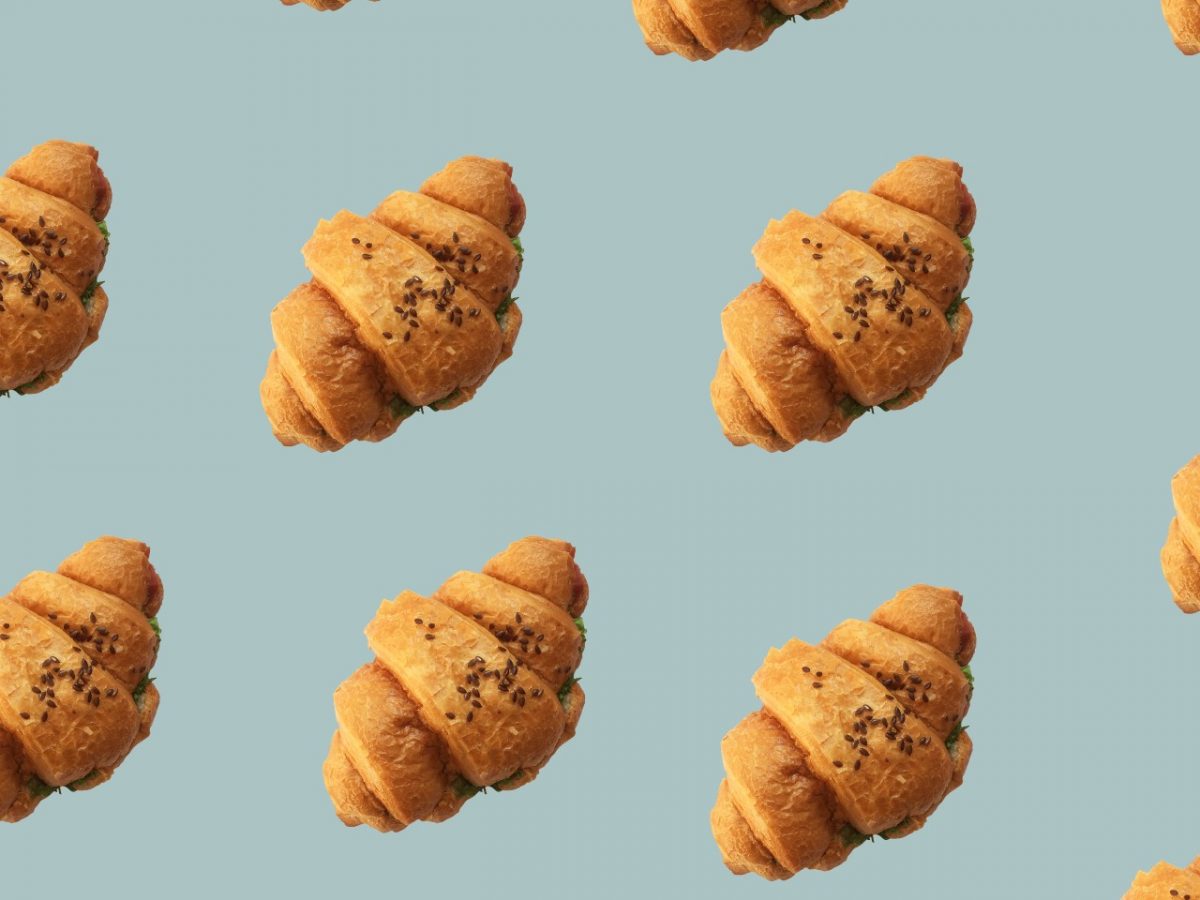 France is famous for many things, but its local tech scene hasn’t always been one of them in the same way as it is in Silicon Valley, or Berlin, London or Munich for instance. But think again. The ecosystem of French startups is firmly on the up and is well worth your attention.

Many things have contributed to this rise. Namely the election of President Macron in 2017, who vowed to make France a startup nation and country of unicorns, among other things by setting up a €10 billion innovation fund. Two-and-a-half years later, the tech scene is booming thanks to a whole host of labour and tax reforms including the creation of a special tech visa, as well as the elimination of a wealth tax and a flat tax on dividends. Simply put: It’s much easier to start a company in France these days.

And the unicorns are coming! Medical software Doctolib and photography marketplace startup Meero are just two of the newly minted unicorns on the scene, joining the likes of longer-established mainstays BlaBlaCar and Deezer. Expect more, especially with the world’s largest incubator Station F offering over 3000 workstations for founders in Paris. This report even says Paris has more startups than Berlin!

The other key success factor? France has talent. Long known for its elite engineering schools, including the likes of Polytechnique and Centrale, startups are flocking to France to take advantage of it. This has also contributed to an impressive wave in AI startups, with reports saying last year there were 432 AI-related French startups raising $634 million – a total notably higher than that of the UK ($621 million).

Macron wants 25 unicorns by 2025! We took a look at the five French startups we think you should keep a close eye on in 2020 and beyond. And who knows, maybe some of them will be part of the upcoming wave of one-horned steeds sweeping the world on a rainbow of tech innovation.

French startups are on the up and we’ve got the in-house French talent to match. Talk to us at bonjour@dcmn.fr if you fancy discussing your strategy in France. 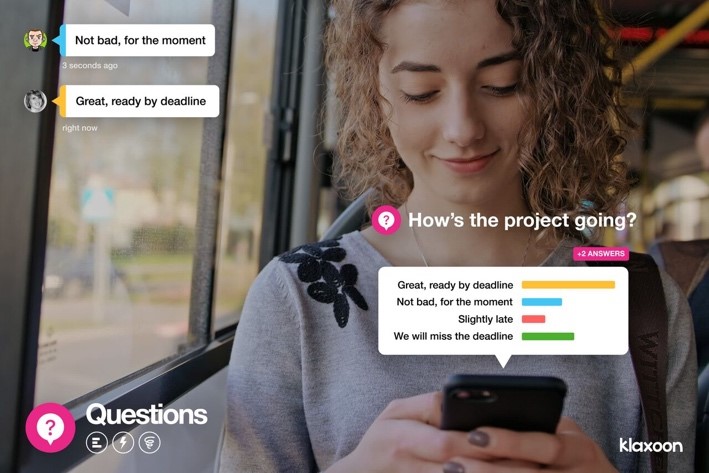 A study has shown that there are around 11 million meetings held in US workplaces every month, with employees attending 62 on average. The average mid-level worker spends around 35% of their work time in meetings – which goes up to a staggering 50% for C-level folk.

Might as well optimise them, eh? (Especially when they are all virtual like in current times!) That’s where Klaxoon comes in, a startup launched back in 2015 by CEO Matthieu Beucher in the northern French city of Rennes. Previously the CEO of a mobile app company, he’d noticed how HR directors had always complained about the lack of more centralised systems collecting information from employee meetings. So he got cracking on a solution.

Klaxoon became a cloud-based collaboration platform to make meetings more efficient and dynamic, boosting productivity, participation and innovation. Features include systems for both meeting timekeeping and tracking ideas from brainstorming sessions, as well as the Meeting Board function which creates a large digital whiteboard to then be displayed at meetings. 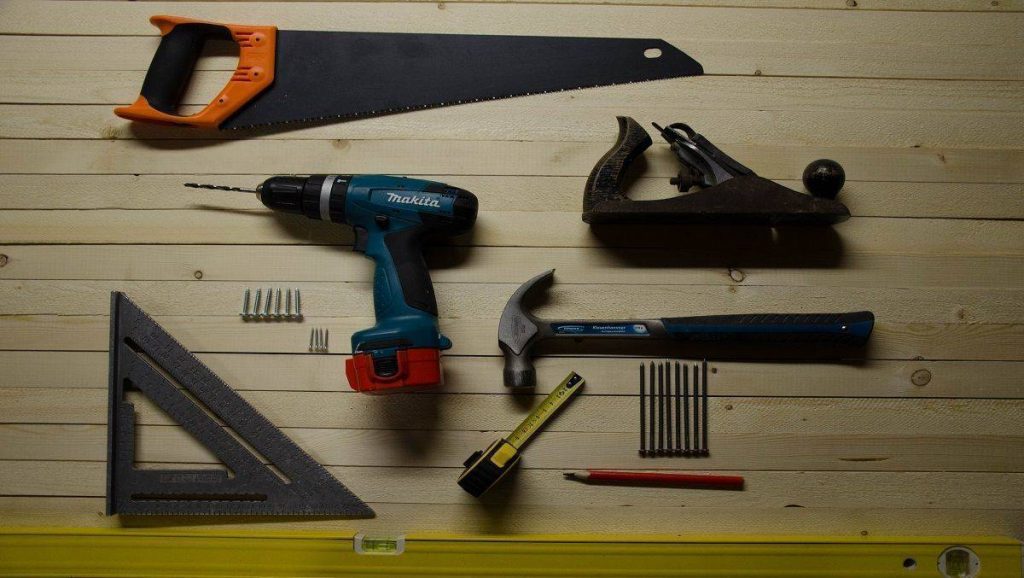 The last weeks have seen a huge boom in home improvement, with households worldwide being pimped up to unimaginable degrees during COVID lockdowns. In that regard, Mano Mano is definitely one to keep an eye on. An ecommerce site for home and garden products present in six European countries including Germany (where it launched in 2016), Mano Mano was originally started in 2013 by Philippe de Chanville and Christian Raisson to bring an often bricks-and-mortar industry to the digital world.

It’s more than just ecommerce: The double M offers a hyper-specialised service with its so called Manodvisors. These are employees – usually ex-hardware store employees or craftsmen – who, after passing a certified test, are able to offer advice and get commission from the service.

With both the specialist angle, as well as filling a niche in the hitherto non-digitised market, Mano Mano has seen great growth across the continent, including 121% year-on-year in Germany. And in early 2020, the company had their Series E investment round to the tune of €125 million led by Temasek Holdings. General Atlantic were also involved in the round, who we’d like to point out are investors in the likes of Facebook, Airbnb, Slack and Delivery Hero. We don’t doubt there’s much more to come! 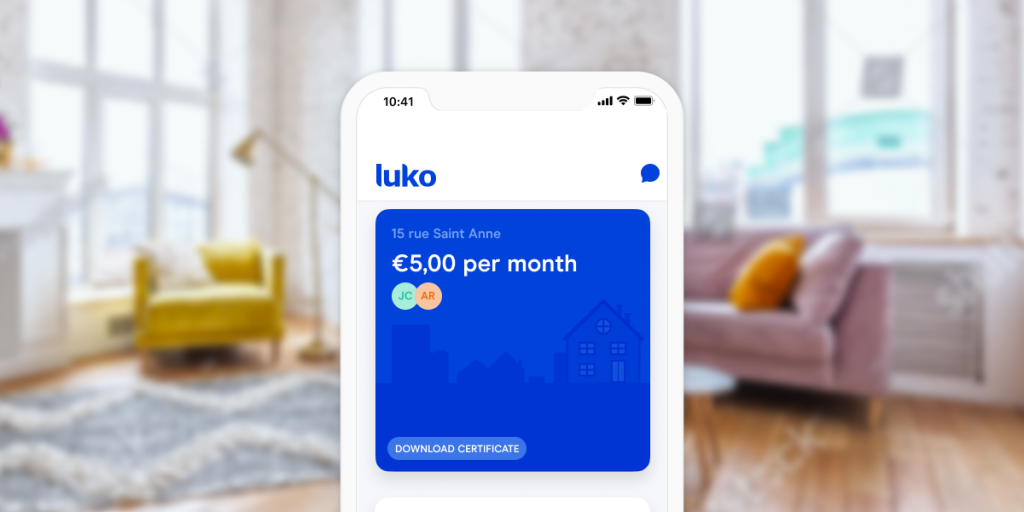 Did you know home insurance is a €100 billion market in Europe? Luko has entered this space, offering flat and home insurance in a market currently dominated by legacy providers.

Established by Raphael Vullierme and Benoit Bourdel in 2017 in Paris, Luko takes its bow and arrow and strikes at many of the pitfalls of the industry. It’s not digitised. It’s convoluted. It’s slow. With its online model, Luko says it takes less than two minutes to receive coverage and two hours to receive payment for a claim.

Investors are responding, with a €20 million Series A round announced in November 2019, led by the VC firm Accel. Quick disclaimer: The startup takes a flat fee on your monthly subscription, which makes up its revenue. But if there’s any money left at the end of the year? As included in a pledge signed by the investor, it all goes to charity.

Edtech is another vertical firmly on the up, especially in times of social distancing. Paris-based OpenClassrooms is at the forefront of this with its mission to make education accessible. Offering one of the largest education and training programs in Europe, they offer a number of skills-based degree programs for in-demand professionals. More vocational than academic, it’s a freemium platform – meaning it has a host of classes available free-of-charge as well as its premium plan for those who want to take learning at their own pace.

Launched by Pierre Dubuc and Mathieu Nebra in 2013, OpenClassrooms closed a €51 million Series B round in May 2018. And they’ve even had tie-ups with other tech names, including Deliveroo which has offered free courses to its riders. 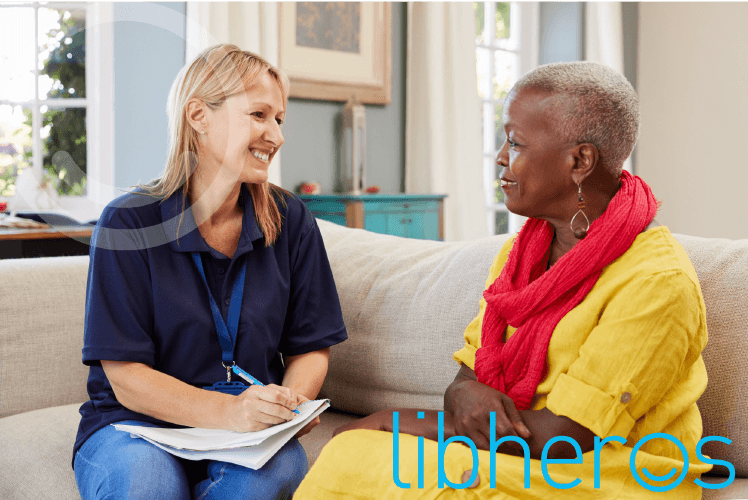 If there’s one vertical that’s been in the spotlight more than any other these last few weeks, it’s healthcare. Enter Libheros, the first global solution for managing healthcare at home for patients, caregivers and care providers.

Offering a website, mobile app and phone service (perfect for those who may be unused to apps or websites), the French app allows you to find a health professional to come to your home. Founded by Florence Herry in 2015, she was inspired by her work as a nurse. While in-hospital care was good, she noticed how tough it was to organise the return home for patients and the constraints there were on both this and future home care.

And it’s not just for the consumer: Libheros Pro is also available for professionals looking to optimise their day-to-day work with an online booking platform.

Whether you’re looking to expand into France, or you’re a French biz looking into international markets: we’ve got the knowhow to make your campaign pop. Chat with us at bonjour@dcmn.fr.