The future of transport is now: mobility startups to watch

The future of transport is now: mobility startups to watchAndrew WilkinSeptember 25, 2020October 5, 2022 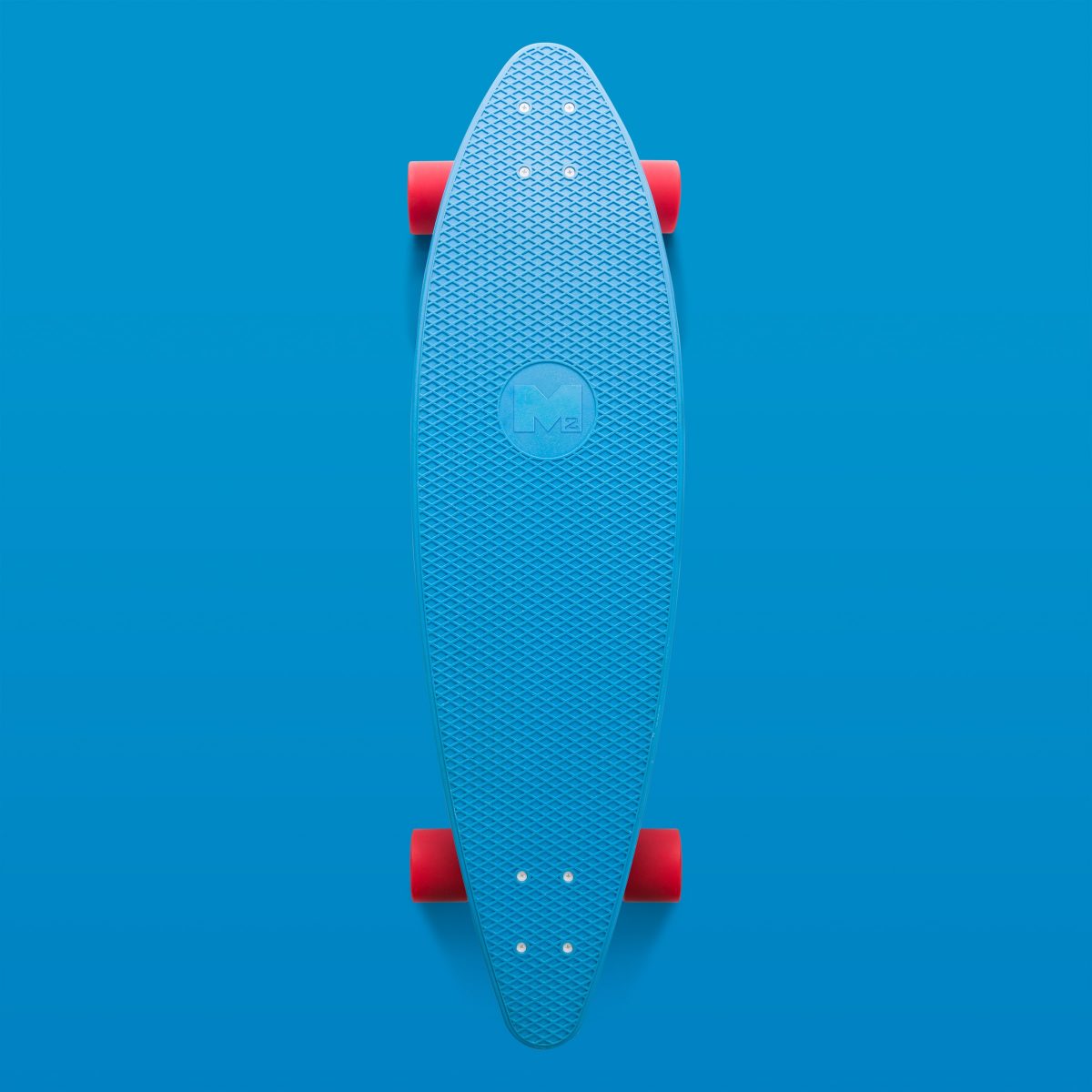 Transport makes the world go round. It’s essential for personal mobility and access to services and goods, as well as for assisting the functioning of larger scale economic infrastructure. And it’s a vertical that’s seen a lot of funding in R&D over the last decade, resulting in huge levels of innovation and change. The big trends right now are digital, smart, connected — and green.

A well-known acronym for the future of mobility is CASE – Connected, Autonomous, Shared and Electric. Autonomous and electric vehicles are being developed by savvy startups across the globe, with Forbes recently publishing statistics claiming that ‘by 2030, there will be 90 million autonomous vehicles and 250 million electric and hybrid vehicles on the roads.’ Plenty of vehicles now have internet access or are able to connect to your smartphones – and 5G is yet to come and shake the game up even more. And what about shared mobility? It’s booming. Arguably started off by the launch of ride-hailing service behemoth Uber in 2009, the sector now spans the likes of e-bikes, e-scooters and mopeds, utilising a variety of different payment and usage models. All of which are doing a lot to increase the convenience, market penetration and sustainability of the industry.

Things have cooled somewhat in the last couple of years, as the now-mature vertical has faced some headwinds. 2019 saw US$33.5 billion in venture capital invested in 756 deals, but COVID-19 has led to less mega deals, with funding levels dropping 16% in Q1 2020. But there are many bright spots. While public transit and ride hailing is seeing a pandemic-influenced decline, interest in bikes and scooters has skyrocketed, particularly in the recent summer months in Europe. Here’s some of the biggest B2C mobility startups to keep an eye on.

Need some marketing support with your OWN revolution? Talk to us at hello@dcmn.com if you fancy discussing your strategy & growth potential.

E-bike provider VanMoof is one of many startups contributing to the Netherland’s status as a hot tech capital. And they’re pushing for a revolution in mobility – and there’s big support behind them. They just scooped up a $40 million Series B investment from Norwest Venture Partners, Felix Capital and Balderton Capital, not long after a $13.5 million investment in May. This has helped them mightily with the promo for their new electric VanMoof S3 and X3 bikes.

Supplemented by investment, the global lockdown and aftermath is another factor in VanMoof’s recent success. With much of the official advice post-lockdown being to avoid public transport where possible, interest in e-bikes has risen as a long-distance travel alternative, while cities from New York City to Berlin have added new bike lanes across their urban centres.

Evidence it was successful? With 220% global revenue growth during the lockdown, VanMoof claimed they sold more bikes in the first four months of 2020 than the entirety of the previous two years. Perhaps their pan-European OOH campaign had a little part to play in that?

Swapfiets offer a bike by subscription service, where users pay a monthly fee for use of a high quality bike with a distinctive blue front tyre. Here’s the clincher, though: Bicycle maintenance can be an annoying and costly hassle, but with Swapfiets they cover all maintenance and repairs.

Founded by Richard Burger, Martijn Obers, and Dirk de Bruijn, three students from the city of Delft in the Netherlands, they’ve been on an expansion surge lately. Recent launches in 28 regions, including in cities like Paris and Milan, have supplemented their existing business in the Netherlands and Germany and have taken full advantage of a bike-hungry COVID-19 summer. And it’s not just for casual users, Swapfiets for Business focuses on professionals who want to get to work in suitable comfort and style.

Initially self-funded, Swapfiet are also backed by the Dutch venture capital (and green technology specialist) firm Ponooc. What’s next? Look out for e-bikes and e-scooters coming soon! And a potential expansion in Asia, Australia and North America, too…

First of all, congratulations is in order: TIER, which means ‘animal’ in its native Germany, recently passed 30 million rides. A much-deserved accolade for a micro mobility startup that’s focused on creating a more sustainable and customer-centric mobility solution.

Founded by Lawrence Leuschner in 2016, Berlin-based TIER wants to change urban commuting and reduce pollution with its e-scooter rentals. And the big dogs have noticed: they secured a $60 million Series B funding round led by Mubadala Capital and Goodwater Capital in 2019 to take their overall funding total to $82 million.

Their interest in sustainability is far from greenwashing: one thing the company has done is adopt the United Nations’ Sustainable Development Goals (SDGs) as a guiding framework for how they work. And it’s working, as TIER Mobility has been a climate-neutral company since January 2020.

Carsharing has been on heat for a while now with the likes of MILES and ShareNOW. Statistics released from the Federal Association of Carsharing in Germany (BCS) show that the number of customers of station-independent car sharing providers (differentiated from the likes of Sixt) more than doubled from 2015 to 2019 in Germany, going up to 1.8 million customers. But that’s usually been the realm of the combustion engine car, something that’s about to change with the arrival of VW-backed e-carsharing venture WeShare.

With an 100% electric fleet operated on green power, WeShare has its eyes on markets outside of Berlin, Germany, where it was launched at the end of last year with 1500 e-Golf vehicles. Cities from Prague to Hamburg are reportedly in their sights. We’re excited to see how this exciting venture goes over the coming months and years.

Over to Asia, where the Beijing-based electric scooter manufacturer NIU is soon hoping to make inroads into the European market. Xiao niu loosely means ‘coolness’ in Mandarin and it’s an appropriate moniker. Manufacturers of sleek, stylish and sporty scooters made in the region of Jiangsu, NIU is also well known for its high quality products and protection against theft. NIU owners can even use their smartphone app to track the real-time GPS location of their scooter, receiving notifications if anything has been tampered with in their absence.

Huge in Asia, there’s been an interest in spreading their wings for a couple of years already: they even filed an IPO for $150 million on the US stock exchange back in 2018. With a partnership with automobile giant Volkswagen also recently set up, expect more penetration of the European market in the future.

Shall we dance? SoundCloud cofounders Eric Quidenus-Wahlforss and Alexander Ljung are fresh entries to the game, teaming up with Christian Springub of Jimdo to launch their new e-bike subscription service Dance back in July.

Dance is currently an invite-only program in Berlin since July, but looking to expand soon, users on the waitlist are invited to sign up for €59 per month. Your bike will be delivered to your door in 24 hours. And then once unlocked with the Dance app, it’s ready to ride. Service and theft protection are both included, alongside a high quality bike with suspension tyres and a removable battery.

Can we call it Soundcloud on wheels? “Music was one of the first industries to experience the shift from ownership to subscription,” said Ljung in a statement. And now they’re shifting gears literally, taking the subscription model over to the mobility space.

We’re all about innovation and scaling here at DCMN. Fancy picking our brains? Then the right way to go is via hello@dcmn.com.