Music to (Our) Ears: How Deezer Strikes the Right Note with ListenersDCMNDecember 17, 2020October 5, 2022 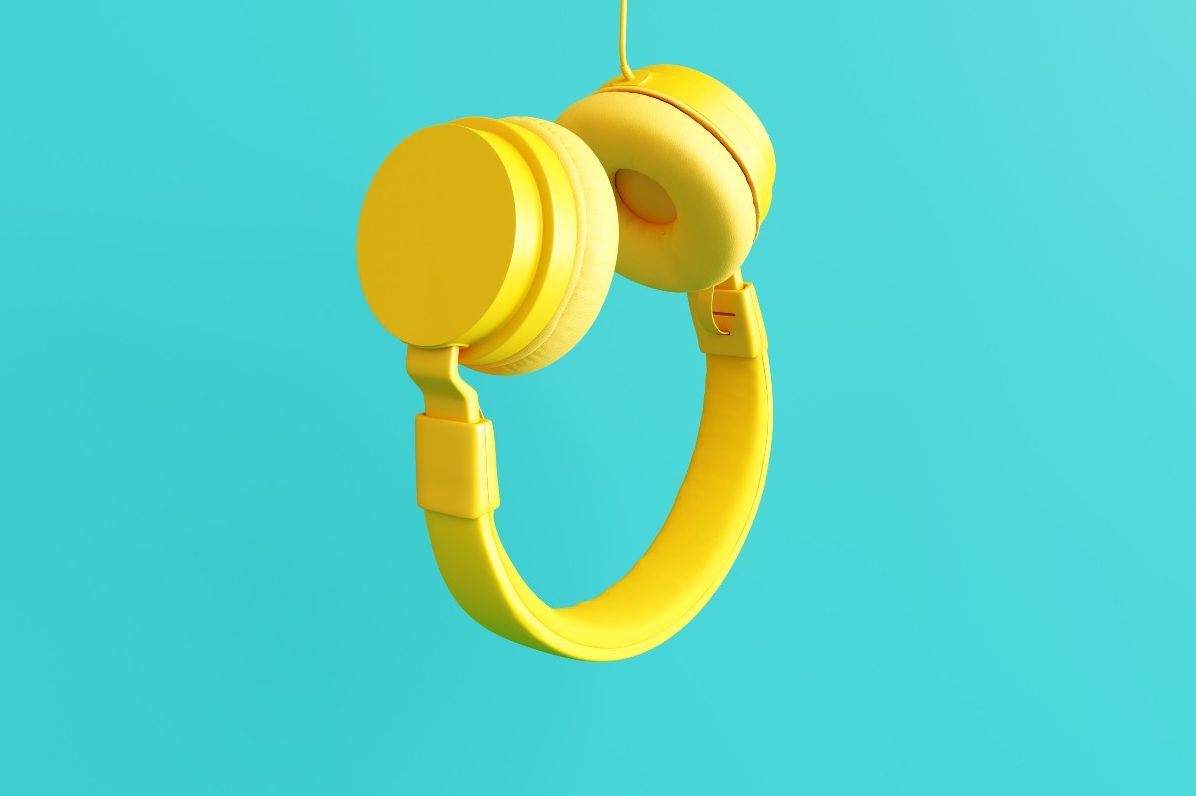 Our final SCALEup webinar of the year took a jump into the world of music streaming — and specifically into the 2020 experiences of our client Deezer. Deezer ain’t no spring chicken: founded in 2007, Deezer counts 16 million users worldwide, with 56 million tracks and a presence in more than 180 countries. Key markets include France, Brazil and the Netherlands. And to boot, they are a unicorn — one of ten in France’s hot and happening startup scene.

This year was a big one for them in the German-speaking DACH region. For our latest lunchtime-ready Marketer’s Snackbox, Christoph Urban, their Marketing Director DACH, spoke to our moderator, our Senior International Marketing Manager Charlotte D’Souza. We found out about how the world of music streaming changed almost overnight and how Deezer’s marketing strategy reacted. We even found out how his last moments before the big lockdown were spent watching the Manchester derby in the UK! Here’s our biggest findings from Christoph in our final SCALEup of 2020:

COVID forced them to tighten up their marketing efficiency

As we all know, ad spend drastically dipped across the board during the first lockdown. And for Deezer, which offers both free and paid subscriptions, advertisements are a key part of their monetisation of the free package. How did they deal with this?

“Our senior management told us to get prepared for a worldwide recession,” Christoph said. “So we had to cut our marketing budget drastically.” And one thing they did was ditch the digital channels that weren’t performing well for them, which went hand-in-hand with focusing more on the heavy hitters (including TV, which we’ll get to later). They focused more on selling subscriptions and changed their customer journey, removing a confusing-for-consumers 14 day premium trial on mobile. And their brand campaign of Q4 2019 – Deezer Dir Deins (Deezer Your Way) – continued to pay dividends and complement their performance efforts in H1 2020.

Listening habits made a huge switch 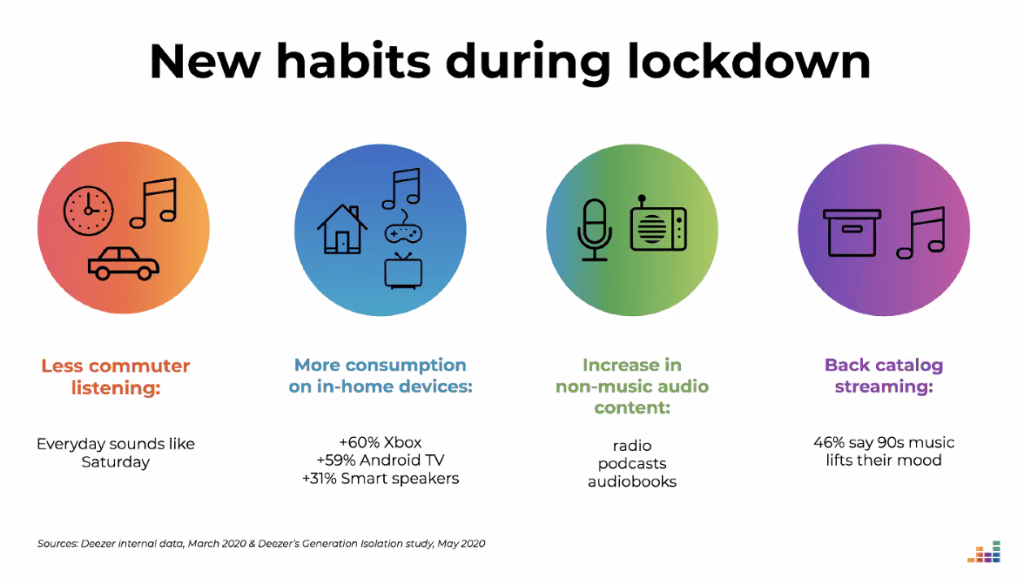 We all know about remote working, video streaming and washing your hands every five minutes (est). But music listening habits also went through a radical shift during the early days of the pandemic. Here’s what Christoph had to say:

TV was one of the channels they kept up with — and it kept producing results. “We always used TV as a performance marketing channel,” he admits. “When the first lockdown hit us, we saw an opportunity because of the low prices of TV ads and the impact of people staying at home and watching more TV.” That’s not all — Deezer’s target audience is 25-49, making TV, which skews slightly older than Gen Z, a great option.

The changes to music streaming could be permanent ones

As we now know, the world of music streaming has experienced a big shift since the onset of the pandemic. But Christoph doesn’t think we’ll head back to the status quo — in fact, more likely the opposite. “Because of the pandemic we see the catalyst effect, with tectonic shifts in media usage and consumption,” says Christoph. “New habits were formed last year and not only in the lockdown times — we see that in both music streaming and video streaming. Once these habits are formed there is no going back.”

Their biggest learning was… 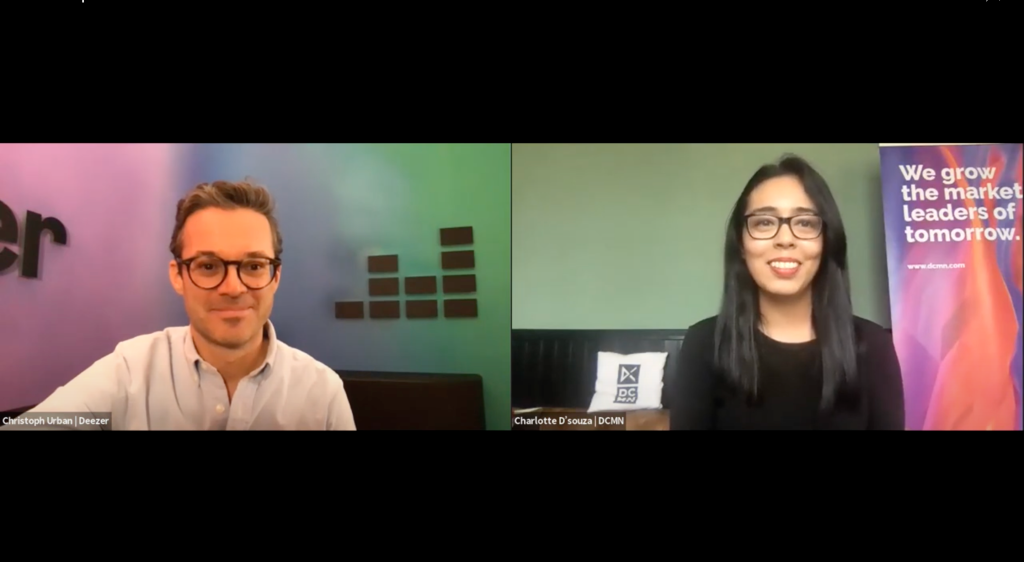 Christoph really values flexibility and agility in the workplace. Something that comes in handy during a crisis! “We always try to improve, we never stay still and we always question our set up in terms of the product onboarding, product offer and spend on our marketing channels,” he tells us.

One of the big trends during the COVID-lockdowns has been an uptick in home fitness — and this included Christoph. “I love sports, but I’ve never been able to do sports before work,” Christoph told us. “But from the beginning of the pandemic, me and my wife did a thirty minute workout every morning. It makes a huge difference.” And he hopes this will continue post-corona!

In the meantime, here’s Christoph’s recommendations for local artists on Deezer: